A document dated October 12, 2016, shows spans greater than the allowed 75' on the submerged portion of Line 5 through the Straits of Mackinac. 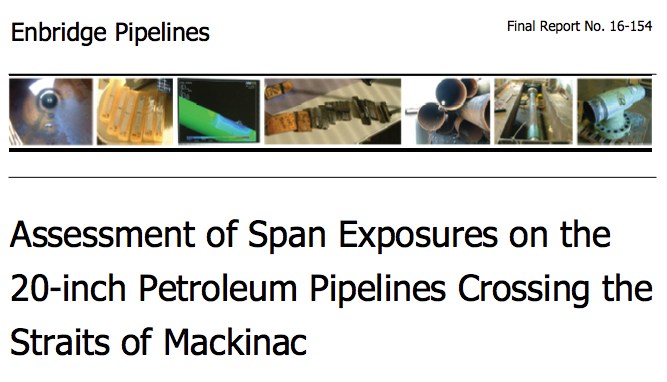 Enbridge has periodically conducted subaquatic inspections to monitor the condition of the pipelines. The most recent inspection prior to the preparation of this report was during the summer of 2001. The inspection revealed a number of areas where scouring effects from water currents caused sections of the pipelines to span freely above the bottom. Several sections were determined to have lengths in excess of the 75 ft limit specified in the original easement granted by the State of Michigan in 1953.