Citizens Respond to AG Schuette: Get Off the Sidelines on Line 5 and Protect Great Lakes

Responding today to a letter from Attorney General Bill Schuette, citizens groups from across the state told state officials that their decision to “stand on the sidelines” by failing to enforce legal requirements on pipeline operator Enbridge Energy Partners is putting the Great Lakes at risk from a catastrophic oil spill in the Straits of Mackinac. 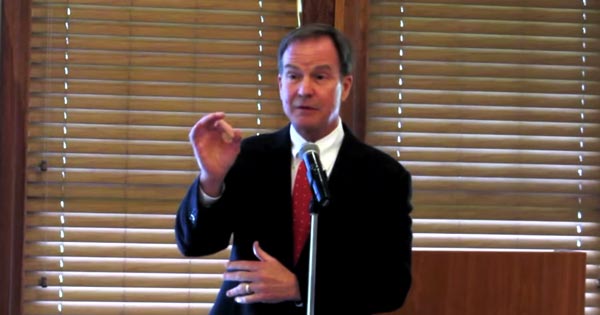 In a March 8 letter to the Oil & Water Don’t Mix campaign, the attorney general, Dept. of Natural Resources Director Keith Creagh and Dept. of Environmental Quality Director Heidi Grether responded to revelations that protective anti-corrosion coatings were missing from 18 areas of Enbridge’s Line 5 in the Straits. In their letter, Schuette, Creagh, and Grether said they would investigate findings in a late 2016 report detailing the missing coatings as well as other evidence calling into question claims by Enbridge that Line 5 is safe.

In their response letter today to state officials, citizens groups told Schuette and other state officials that their failure to assert regulatory authority over Line 5 in the Straits could result in an oil spill that would “devastate our public drinking waters and our water-dependent economy.”

Help us keep up the public pressure to act! Sign our petition asking AG Schuette and the State of Michigan to Enforce the Easement with Enbridge.

“It is not enough to stand on the sidelines or fail to take action that has the effect of complicity by deferring to Enbridge,” the groups said in their letter to Schuette. “For nearly two years, we have heard our state leaders declare that the days of this pipeline are numbered and that Line 5 wouldn’t be built today. However, the State of Michigan has not taken a single preventative measure to make our Great Lakes safer from a catastrophic oil spill.”

The missing Line 5 coatings, the groups said, violated a1953 easement agreement with the state and should, at a minimum, have resulted in enforcement action against Enbridge. By instead deferring to Enbridge, the state’s failure to act allows Enbridge to avoid comprehensive review of Line 5 and delays any potential action for months while the state continues to study the pipelines.

“Attorney General Schuette’s urgency in protecting the Great Lakes and our communities from an oil spill seems to be missing,” said attorney Leonard Page of the Straits Area Concerned Citizens for Peace, Justice and the Environment. “We need action now, before Line 5 ruptures and destroys our way of life and economy.”

"For nearly two years, we have heard our state leaders declare that the days of this pipeline are numbered and that Line 5 wouldn’t be built today. However, the State of Michigan has not taken a single preventative measure to make our Great Lakes safer from a catastrophic oil spill.” - Oil & Water Don't Mix campaign

In April 2016 the Oil & Water Don’t Mix campaign wrote Schuette and other state officials, identifying eight violations of the 1953 easement, including missing pipeline anchors, emergency oil spill response plan violations along with issues related to pipeline coatings in the Straits. While the state notified Enbridge of easement violations, it has yet to require Enbridge to submit to a comprehensive environmental assessment under state law. A current series of studies being done by the state with $3.6 million in funding from Enbridge are advisory.

“What Attorney General Schuette or any state official can’t tell us is how the structural integrity of these pipelines in the Straits are holding up against age, strong currents, missing anchors and missing coatings,” said David Holtz, chair of Sierra Club Michigan Chapter Executive Committee. “They can’t tell us that because they are not taking the kind of enforcement actions that could produce answers. They are not prioritizing protecting the Great Lakes over Enbridge’s profits.”