Enbridge’s ads are headlined, “We’re working to protect Michigan’s water.” Nothing could be further from the truth than that headline and those Enbridge ads, which seek to portray the Canadian energy transport company responsible for 2010’s largest oil pipeline rupture in Michigan history as a good environmental steward of the Great Lakes. 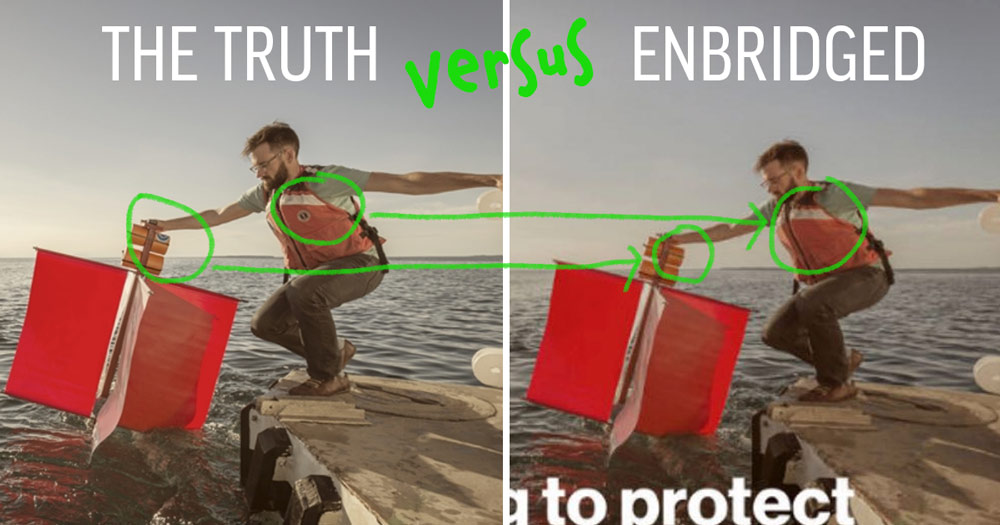 If all Enbridge was doing was lying to the public in this fake ad, their apology would be accepted and that might be the end of the story. But while Enbridge can photoshop away a NOAA logo and use a NOAA scientist to make Enbridge look like Great Lakes water protectors, the Canadian company’s awful track record can’t be so easily erased.

SIGN THE PETITION
Calling for Shutdown and No Oil Tunnel

In the ads, Enbridge featured a government scientist from the National Oceanic and Atmospheric Administration (NOAA) Great Lakes Environmental Research Laboratory working in the Straits of Mackinac but removed his government logo to make it look like he was from Enbridge.

The NOAA scientist in the ad -- not Enbridge -- is working to protect Great Lakes water quality. And it is NOAA that will have to help deal with the consequences of an Enbridge oil spill in the Straits of Mackinac from Line 5, which may explain why Enbridge’s fake ad was particularly offensive to NOAA Great Lakes workers. Enbridge, of course, put out their fake ad without asking or receiving permission from NOAA. Meanwhile, Michiganders, who come by their love for the Great Lakes honestly, are supporting Attorney General Dana Nessel’s efforts to decommission Enbridge’s Line 5 in the Mackinac Straits.

Enbridge can photoshop away a NOAA logo and use a NOAA scientist to make Enbridge look like Great Lakes water protectors, the Canadian company’s awful track record can’t be so easily erased.