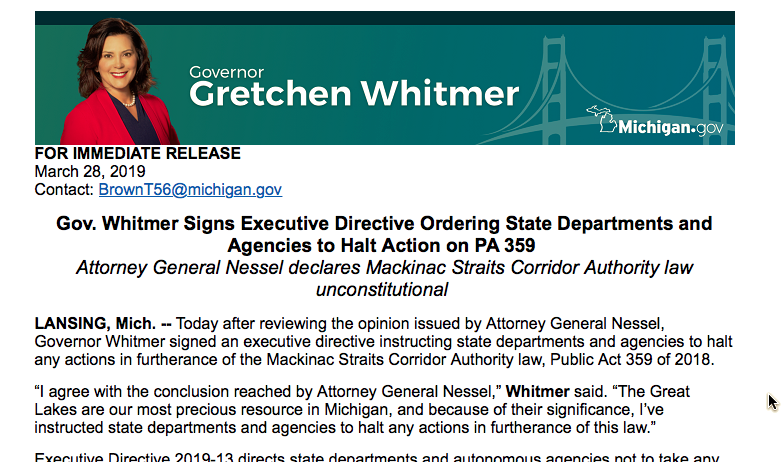 “I agree with the conclusion reached by Attorney General Nessel,” Whitmer said. “The Great Lakes are our most precious resource in Michigan, and because of their significance, I’ve instructed state departments and agencies to halt any actions in furtherance of this law.”

Executive Directive 2019-13 directs state departments and autonomous agencies not to take any further action regarding Act 359 and to report to the governor’s legal counsel regarding actions taken since the bill was passed.

This Executive Directive will be effective immediately upon filling.

To view the full executive directive and Attorney General opinion, click the links below: