Environmental, tribal and civic leaders applauded the 'bold action' on climate announced today by Michigan Gov. Gretchen Whitmer and urged her to take action on Line 5 oil pipelines in the Straits of Mackinac.

Gov. Whitmer's announcement today a series of measures aimed at making Michigan carbon neutral by 2050 ahead of an appearance with the U.S. Climate Alliance, a bipartisan coalition of governors supporting measures to reduce global warming. 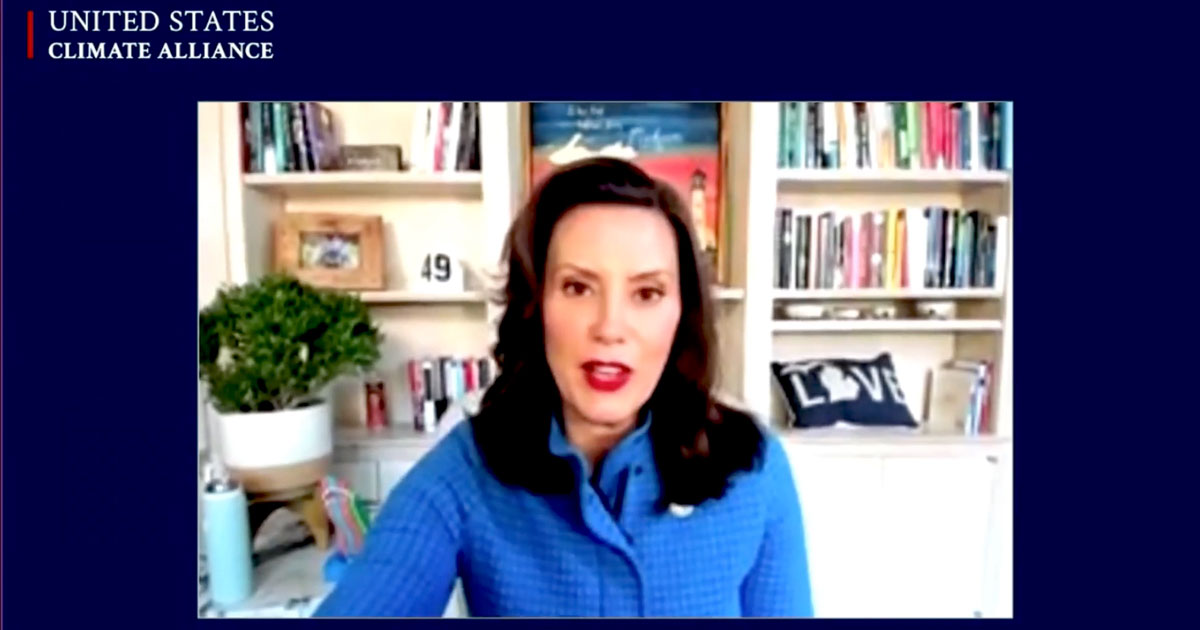 “If you want Michigan to contribute to reducing planet-warming you can’t be building new fossil fuel infrastructure designed to last 99 more years. What if everyone did that?” said Sean McBrearty, Oil & Water Don’t Mix coordinator. “We are thrilled with these strong new climate policies announced today by Gov. Whitmer. We think it’s also critically important that we not make the climate problem worse by embracing Enbridge’s proposed, new replacement oil pipeline in the Great Lakes.”

Currently, Enbridge’s Line 5 transports 23 million gallons of oil and other hazardous liquids daily, mostly for export to refineries in Sarnia, Ontario. The Michigan Climate Action Network estimates that Line 5 annually contributes about 60 million metric tons of carbon to the atmosphere, which is more than the three most polluting coal-fired power plants in the country combined.

"Taking a stand and elevating the importance of fighting climate change is a step towards protecting our resources, lands, and economy for generations to come," said Bryan Newland, Chippewa Ottawa Resource Authority (CORA) board member. "Closing Line 5, which is used to bring hydrocarbons to Canadian refineries that are major polluters, would help achieve that goal while ending that critical threat to our Great Lakes, a water source for millions.”

Under an agreement negotiated by former Gov. Snyder, Enbridge could operate the replacement Line 5 in the Straits for 99 years if it is approved by the Whitmer administration and Michigan Public Service Commission.

“Once you build a pipeline meant to last a long time, there’s no financial incentive to stop using it,” said Anne Woiwode, Sierra Club Michigan Chapter Chair. “Michigan shouldn’t be building new fossil fuel infrastructure and locking in carbon emissions for 99 years at the same time we are trying to reduce carbon emissions. We are optimistic that today’s announcement by Gov. Whitmer won’t be the last important step she takes toward mitigating the impacts of climate change.”
The public service commission is currently deciding whether to consider the climate impacts of Line 5 as part of its decision on whether to approve Enbridge’s Line 5 replacement pipeline in the Straits, which would be encased in an underground tunnel.

“The League urged Michiganders concerned about the health of the Great Lakes to contact Governor Gretchen Whitmer, to urge her to revoke Enbridge's easement to operate in the straits of Mackinac and to decommission Line 5 immediately. The people of Michigan elected the Governor to protect our Great Lakes, and we don’t want to see her give in to pressure from a foreign oil company and their allies who want to continue profiteering from the exploitation of our natural resources. The threats to the Great Lakes and climate posed by this pipeline are simply too great to accept.”