With Line 5 Oil Spill Response Under Legal Challenge, Testimony Suggests Mackinac Straits Was Closer to Catastrophe Than Many Thought

Testimony in Traverse City this week by the nation’s top oil pipeline regulator surrounding April’s Line 5 anchor strike in the Mackinac Straits revealed shocking new details that suggest the Great Lakes may have been much closer to a catastrophic oil pipeline rupture than the public was led to believe by Enbridge and state of Michigan officials.

The revelations come the same week as the National Wildlife Federation, and the Environmental Law & Policy Center filed suit against the U.S. Coast Guard, challenging the agency’s emergency oil spill response plan for the Great Lakes. Coast Guard Commandant Adm. Paul Zukunft testified to Congress in November 2017: “I would go on the record to say that the Coast Guard is not Semper Paratus for a major pipeline oil spill in the Great Lakes," referring the agency's Latin motto, "always ready." 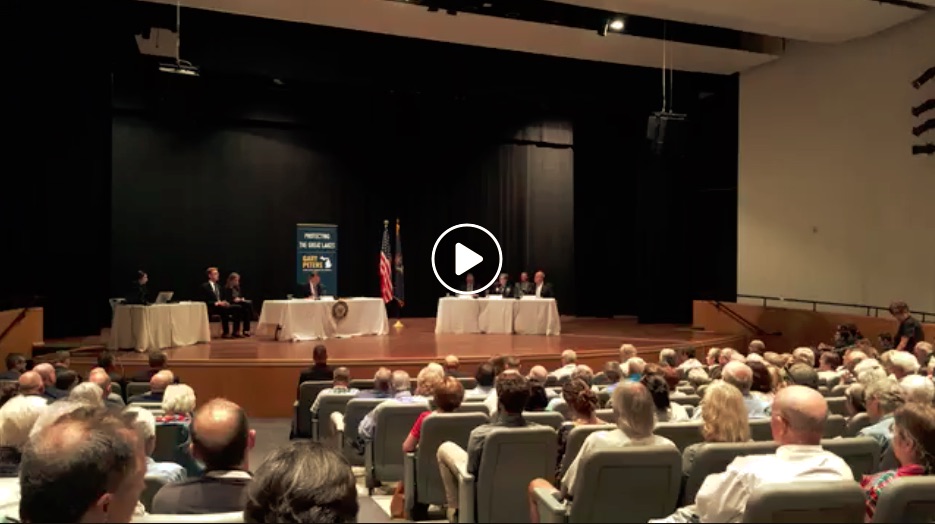 At the hearing Monday of the U.S. Senate Commerce, Technology and Transportation Committee in Traverse City on Line 5 chaired by U.S. Sen. Gary Peters, federal Pipeline Hazardous Materials Safety Administration’s Administrator Howard Elliott disclosed that damage from the April 1 anchor strike was the kind that could lead to a pipeline rupture. The anchor strike that seriously gouged Line 5, as described by Elliott, was followed by violent wave action storming through the Straits, a combination that Peters called a “frightening situation.”

It also appears that Enbridge resisted honoring its agreement with the state to shut down Line 5 in the event of high waves in the Straits and, all the while, was understating damage to its pipelines from the anchor strike.

What follows is a detailed chronicle taken from a video of hearing testimony Monday that could be a dress rehearsal for a Line 5 disaster: