Michigan should halt consideration of any Line 5 permit applications submitted by Enbridge for its proposed tunnel to contain the dangerous petroleum pipeline under the Straits of Mackinac until the state emerges from its coronavirus shutdown, a coalition of concerned environmental and civic groups and Native American tribes that fish in the region said today. 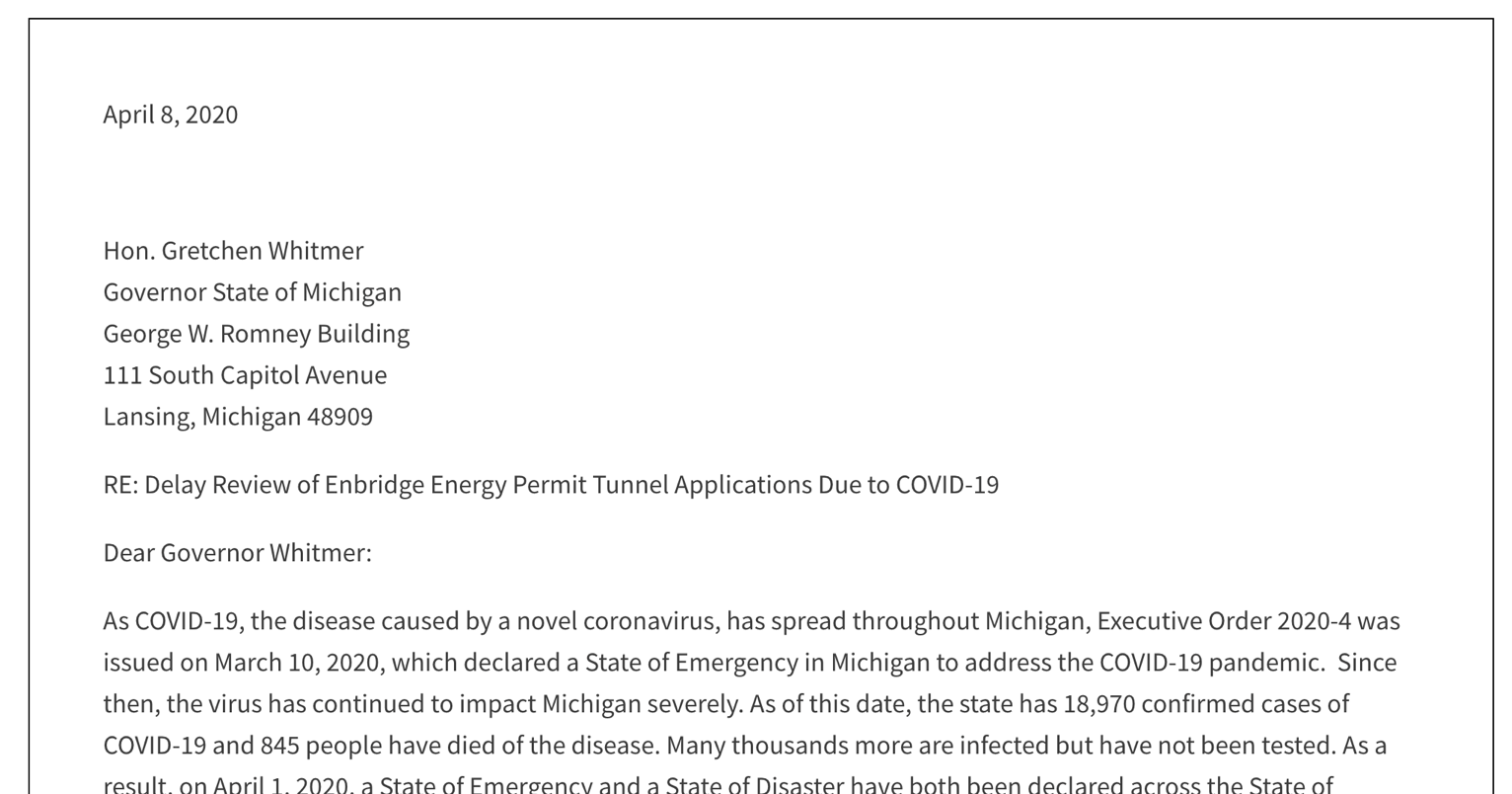 In a letter to Gov. Gretchen Whitmer, the coalition points out that the governor’s emergency Executive Orders have essentially shut down the state, including tribes and local governments that are vital sources of information needed to respond to permit applications – and the groups involved are following those orders.

“Consistent with these actions, EGLE should consider delaying review for the Enbridge permit applications for the Straits of Mackinac Tunnel Project until it has been determined emergency and disaster conditions no longer exist and appropriate programs have been implemented to allow for full and proper public engagement, as required by law,” the letter says.

“Our goal is to ensure that all Michigan citizens in every Michigan community that are interested in participating in the public comment process have ample opportunity to offer their views on the permit applications, including at public hearings and at public information meetings.”

Joining to sign the letter were 16 environmental, civic groups and tribal organizations. It was also sent to Attorney General Dana Nessel and the heads of the state Public Service Commission and Departments of Natural Resources and Environment, Great Lakes & Energy. State officials have indicated Enbridge may deliver the permit applications in the coming days. 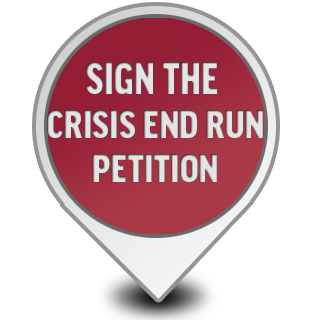 "The state should not be considering non-essential permits that require public comment in this unprecedented time," said Sean Hammond, Policy Director, Michigan Environmental Council. "Many Michiganders have insufficient access to the internet -- especially in rural areas most impacted by Line 5 -- so relying on remote feedback for public participation is not sufficient for the public's voice to be heard."

"First and foremost, when it comes to important policy decisions involving the Great Lakes and the fate of Line 5, citizens must be able to participate through robust public involvement. This is fundamental to our democracy,” said Liz Kirkwood, Executive Director, For Love of Water (FLOW). “During this unprecedented public health pandemic, Governor Whitmer could exercise her emergency authority to delay permitting as she has in other non-essential situations and maintain a fair and just public process."

Some coalition members expressed concern that Enbridge wants to use the pandemic to limit public comment. “By filing its applications now, Enbridge is seeking to use a global pandemic to its advantage by avoiding rigorous review and meaningful public comment,” said Bryan Newland, chair of the Bay Mills Indian Community and of the Chippewa Ottawa Resource Authority representing five tribes.

Oil and Water Don’t Mix coordinator Sean McBrearty noted that Enbridge’s delivery of permit applications to the state sets in place a statutory timeline for response and review. Tribes and other interested persons cannot meet the timeline due to office closures and other restrictions imposed by the state. “The governor and her departments should recognize this issue and set aside those deadlines until the emergency is over,” said McBrearty.

"During this unprecedented public health pandemic, Governor Whitmer could exercise her emergency authority to delay permitting as she has in other non-essential situations and maintain a fair and just public process." - Liz Kirkwood, Executive Director, For Love of Water (FLOW)

“Community engagement is a vital part of the permitting process,” said Jennifer McKay, policy director for Tip of the Mitt Watershed Council. “Public participation contributes to better decisions because decision-makers have more complete information in the form of additional facts, values, and perspectives obtained through public input. Online engagement cannot replace in-person communication such as public hearings, especially when many individuals in rural Northern Michigan lack access to the internet or broadband.”

Many of the groups have not received extensive information they have requested from the state and other sources.

“At a time when Michiganders have been ordered to stay at home to protect public health and their own, Enbridge should not be requesting, and the state should not be making, major decisions that by law and principle require robust public participation. The Line 5 Mackinac Straits oil tunnel permitting checks both of those boxes,” said Bentley Johnson, Senior Partnerships Manager at the Michigan League of Conservation Voters. “If ever there was a moment for Enbridge to be the good corporate citizen they claim to be, this is it. They should agree to withdraw their permits until after the crisis passes.”