The groups called on Michigan Attorney General Bill Schuette, who has been publicly silent on the issue so far, to end the state’s easement agreement with Enbridge for Line 5 and begin the process of decommissioning Line 5 in the Straits.

“This revelation is powerful additional evidence that Michigan is carrying all the risk when it comes to Enbridge’s oil pipelines,” said Sean McBrearty, Oil & Water Don’t Mix campaign coordinator. “We know a worst-case oil spill in the Mackinac Straits could result in billions of dollars in damages, yet Michigan has let Enbridge off the hook and is placing the risk of oil spill damages on the backs of the public.” 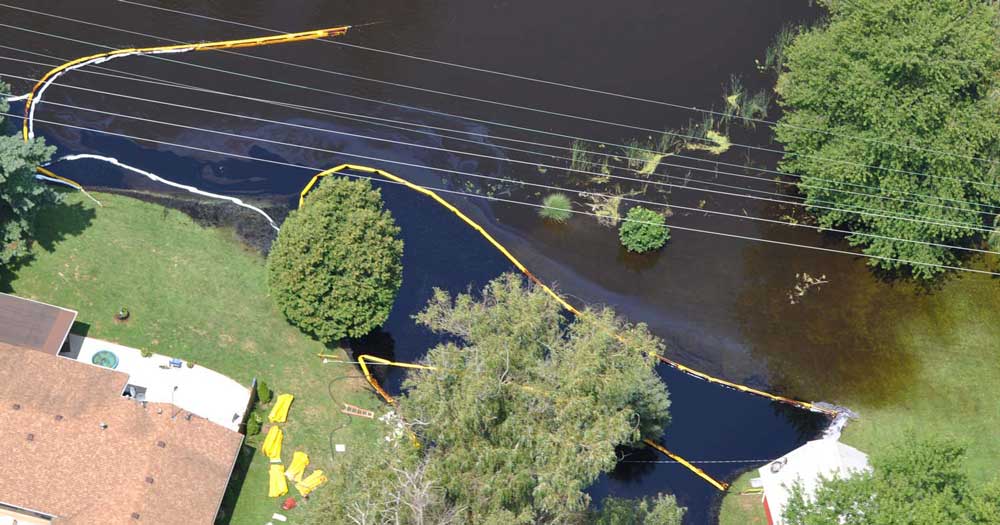 Wisconsin Public Radio reported yesterday that the Minnesota Department of Commerce on Aug. 31 told the state’s Public Service Commission that Enbridge’s “policies do not cover damages from crude oil spills to any significant degree, if at all." It cited loopholes in Enbridge’s insurance that exempts coverage from most, if not all oil spills. Enbridge claims its general liability insurance would cover damages from a spill in Minnesota.

“This revelation is powerful additional evidence that Michigan is carrying all the risk when it comes to Enbridge’s oil pipelines,” - Sean McBrearty, Oil & Water Don’t Mix campaign coordinator

“We know from their track record in Michigan that Enbridge’s promises mean nothing,” said McBrearty. “There is no guarantee that Michigan wouldn’t get stuck with the bill for an oil spill that would devastate the local economy, damage coastal property, wreak havoc on municipal water systems and destroy natural resources, including an economically vital tribal commercial fishing industry.”

A report recently released by the state estimates a worst-case oil spill in the Mackinac Straits could cause $2 billion in damages. An independent study conducted by Michigan State University researchers pegged the cost at closer to $6 billion. The state’s 1953 easement agreement with Enbridge for operating Line 5 in the Straits requires Enbridge to carry adequate insurance to cover the cost of any damages. If a worst-case oil spill in the Mackinac Straits forced Enbridge into bankruptcy, Michiganders would likely receive cents of the dollar for losses or be forced to collect from the company’s insurers under policies that may contain loopholes like those cited by the Minnesota Department of Commerce in its regulatory filing last week.