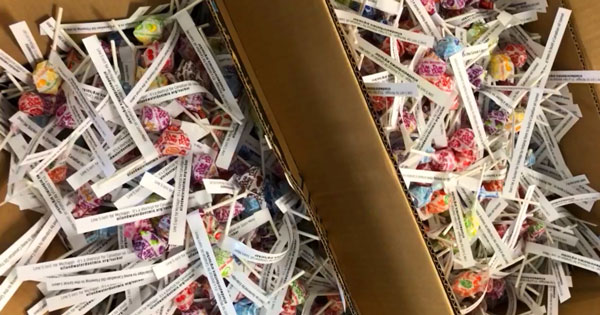 The answer: an overwhelming number of online survey respondents say hell no, Enbridge should go. The results: 3,117 Michigan residents voted Enbridge off the island in a two-week online survey while just 37 said Enbridge should be allowed to sponsor Mackinac Island’s biggest event of the year. The survey was open to anyone to participate at www.oilandwaterdontmix.org/vote.

The Detroit Regional Chamber of Commerce’s Mackinac Policy Conference starting today through Friday is the biggest event of the year on Mackinac Island, attracting the state’s business and political leaders and a national spotlight. Enbridge’s Line 5 carries 23 million gallons of crude oil a day from Canada through the Straits of Mackinac, the worst possible place in the Great Lakes for an oil spill. The event comes as a newly released poll shows 87 percent of Michigan voters are worried about a Line 5 oil spill in the Great Lakes and as leading Democratic and Republican candidates for governor gather for a Thursday debate at the conference. Meanwhile, despite Enbridge’s record-setting Michigan oil spill in 2010 and its ongoing threat to the Great Lakes and Mackinac Island, the conference’s organizer, the Detroit Regional Chamber of Commerce, is honoring Enbridge with a conference sponsorship and place in the spotlight. Michigan residents were asked in recent days to weigh in on this insult at www.oilandwaterdontmix.org/vote.

A Line 5 spill would cut off drinking water to Mackinac Island and shut it down. While the 65-year-old deteriorating pipeline presents an urgent threat to the beauty and economy of northern Michigan, Gov. Snyder and Attorney General Schuette have failed to take action to decommission Line 5 despite Enbridge’s terrible track record of oil spills in Michigan and violations of its agreement with the state to operate Line 5 in the Straits.