LANSING – In a report released today, Governor Rick Snyder’s Michigan Petroleum Pipeline Task Force went public with recommendations that hold some promise but lack a commitment to an open public process and immediate protective actions, leaving the Great Lakes and Michigan’s economy – with 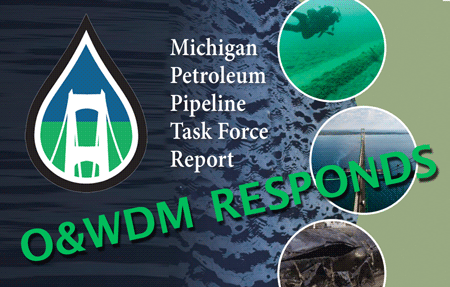 one in five jobs tied to abundant, high quality fresh water – vulnerable to a catastrophic oil spill from a pair of aging pipelines that push 23 million gallons of oil a day through the Straits of Mackinac, said leaders of the Oil & Water Don’t Mix campaign. 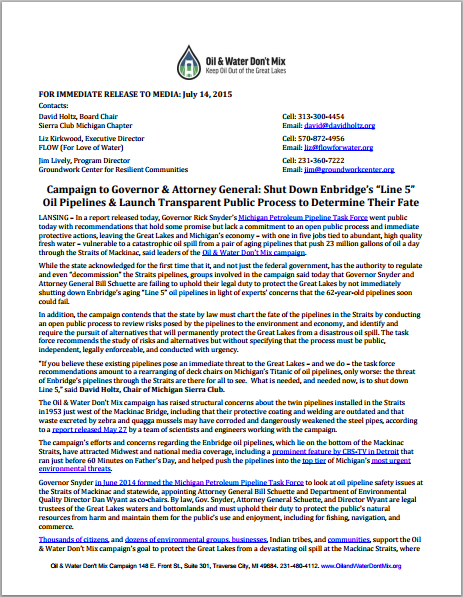 While the state acknowledged for the first time that it, and not just the federal government, has the authority to regulate and even “decommission” the Straits pipelines, groups involved in the campaign said today that Governor Snyder and Attorney General Bill Schuette are failing to uphold their legal duty to protect the Great Lakes by not immediately shutting down Enbridge’s aging “Line 5” oil pipelines in light of experts’ concerns that the 62-year-old pipelines soon could fail.