The Oil & Water Don’t Mix campaign voiced disappointment that the co-chairs of Gov. Rick Snyder’s Pipeline Safety Advisory Board only paid lip service to a board member’s request, on behalf of concerned Michigan citizens, businesses, tribes, groups, and communities, that the group’s meeting Monday include serious discussion of immediate steps the state could take to prevent an oil spill in the Straits of Mackinac. 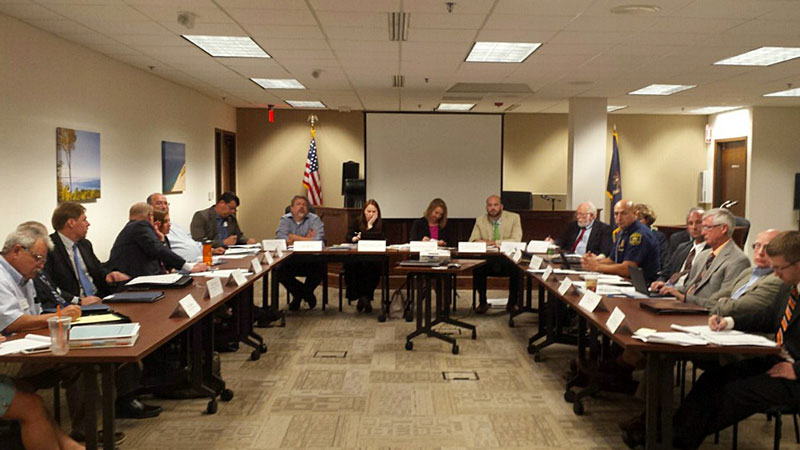 Advisory board member Craig Hupp, an environmental attorney appointed to represent the general public, urged co-chairs Valerie Brader and Heidi Grether in a Sept. 1 letter to set aside time at the meeting to address possible interim measures – including stopping Line 5’s oil flow in winter – to prevent a catastrophic Great Lakes oil spill while lengthy studies of the 63-year-old pipeline are underway. Brader is executive director of the Michigan Agency for Energy and Grether is the new director of the Department of Environmental Quality.

While Hupp’s request was mentioned, the meeting included no meaningful discussion of interim measures to protect the Great Lakes from an oil spill. Instead, much of the agenda involved reassurances from Enbridge that it is prepared to respond to a spill. Additionally, Steve Keck of the U.S. Coast Guard told the board that 40 percent would be considered an “excellent” rate of oil recovery following a spill.

“We are deeply disappointed that Mr. Hupp’s concerns weren’t given the serious discussion they deserve, especially because he was appointed to represent the general public,” said Kate Madigan, energy and climate specialist with the Michigan Environmental Council. “The chorus of Michigan residents, businesses, and communities calling on our state leaders to do something to prevent an oil spill is getting louder every day, and our campaign has laid out a number of steps the state could take to address those concerns. However, we are yet to see any meaningful action.”

"It’s time for the governor and the attorney general to start listening to the people of Michigan and take real action to protect the heart of the Great Lakes from a preventable disaster.” - Liz Kirwood, Executive Director of FLOW

More than 3,200 people signed an Oil & Water Don’t Mix campaign letter to the pipeline board calling for interim measures to prevent a Line 5 disaster, including stopping the flow of oil in the pipeline during winter months. Additionally, 67 municipal and tribal governments in Michigan have passed resolutions urging the governor and attorney general to take immediate action on the pipeline. Two-thirds of Michigan residents believe Enbridge should not be allowed to transport oil under the Straits of Mackinac, according to a National Wildlife Federation poll.

Hupp’s letter noted that materials provided by the Oil & Water Don’t Mix campaign “make a strong case that certain requirements of the straits pipeline Easement have been breached in a manner that increases the risk of a pipeline rupture and that the Enbridge Energy’s oil spill response plan does not meet federal regulatory requirements.” Those easement violations were detailed in an April letter to state leaders.

“This board was created to advise state leaders on the safety and maintenance of Line 5 and other pipelines, yet serious concerns about the threat posed by Line 5 from one of its own members get brushed aside,” said Liz Kirkwood, executive director of FLOW. “There are a number of important precautionary steps Michigan leaders can and should take right away to head off a catastrophe in the Straits of Mackinac. It’s time for the governor and the attorney general to start listening to the people of Michigan and take real action to protect the heart of the Great Lakes from a preventable disaster.”