Groups Call for Leaders to Have the Courage to Decommission Line 5.

Today the Michigan Department of Environmental Quality (MDEQ) approved 22 more support anchors for Line 5, bringing the total number of underwater screw anchors to 150. And just a week ago on March 15, 2018, Enbridge filed a brand new permit application to install another 48 screw anchors to stabilize these 65-year-old pipelines on the bottomlands of Lake Michigan.

This news came despite the State’s explicit knowledge that Enbridge’s new screw anchor engineering design was causing pipeline coating failure making Line 5 more vulnerable to corrosion. In November 2017, Enbridge disclosed that it knew of this and had been lying to both the State of Michigan and federal officials for three years. 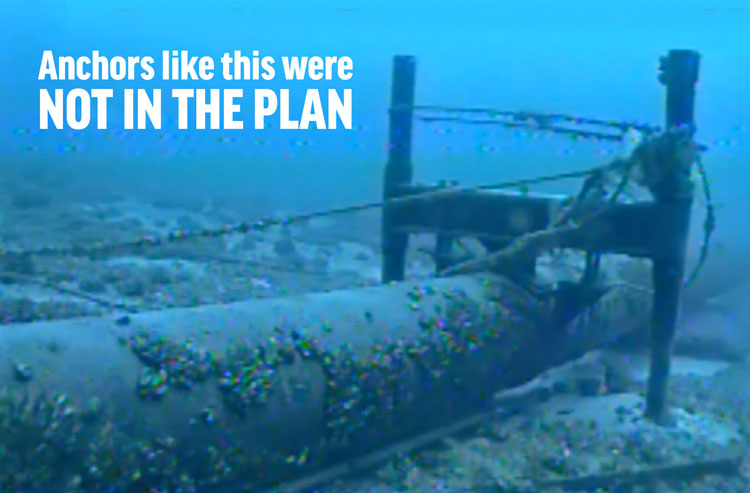 Line 5 was originally designed to rest on the lakebed with no span greater than 75 feet. Dangerous, powerful currents and weather in the Straits of Mackinac, however, have eroded the lakebed and created washouts along the pipelines. The Canadian company began installing this new screw anchor design in 2001. With these additional 22 anchors, the MDEQ has now approved anchors that suspend almost two miles of pipeline in the currents and forces of the Straits. This implementation is drastically different from the pipeline that was originally intended to run along the bottom to reduce the risk of a release or failure, but the design change has been done piecemeal to avoid a full legal review.

“A suspended pipeline in the currents of the Straits has not been approved and would never be approved today. This is yet another example of the State allowing Enbridge to get around the laws designed to protect our Great Lakes,” said Liz Kirkwood, Executive Director for FLOW (For Love of Water). “The only safe and prudent action is to stop the flow of oil through the Straits until the State has fully evaluated the risks and alternatives of this suspended pipeline design. Instead, the state is authorizing additional screw anchors when they know it will cause pipeline coating damage.”

The Oil & Water Don’t Mix Coalition point to these anchor permits as an admission by the state that Line 5 is unsafe in its present form, and another reason that it should be decommissioned. The 65-year-old pipeline is long past its expected lifespan.

“Installing these anchor supports does not make Line 5 itself safe, they do not protect the Great Lakes from a catastrophic spill,” said Kate Madigan, Energy Policy Specialist for the Michigan Environmental Council. “The pipeline is long past its expected lifespan, and it is still vulnerable to rupture from corrosion, anchors, and other significant risks.”

"This is yet another example of the State allowing Enbridge to get around the laws designed to protect our Great Lakes.” - Liz Kirkwood, Executive Director for FLOW (For Love of Water).

“Year after year, the Snyder Administration has failed to lead on Line 5 and protect the Great Lakes,” said Sean McBrearty, Campaign Director for the Oil & Water Don’t Mix Coalition. “Our State needs a leader who will stand up for the best interests of the public over Canadian oil companies. We call on the gubernatorial and attorney general candidates to commit now that they will decommission Line 5.”

Enbridge’s permit application is not “maintenance” or “repair.” Rather, this permit is for a completely new engineering design with material modifications, new structures, and fill material that was never contemplated under the terms of the 1953 easement with the State of Michigan.

The Oil & Water Don’t Mix Coalition today submitted a new letter from 2,251 people urging the State to evaluate this now suspended pipeline as a new design, and examine the risks and alternatives of the entire pipeline infrastructure as required by law.

Help force the retirement of this risky, aging pipeline. 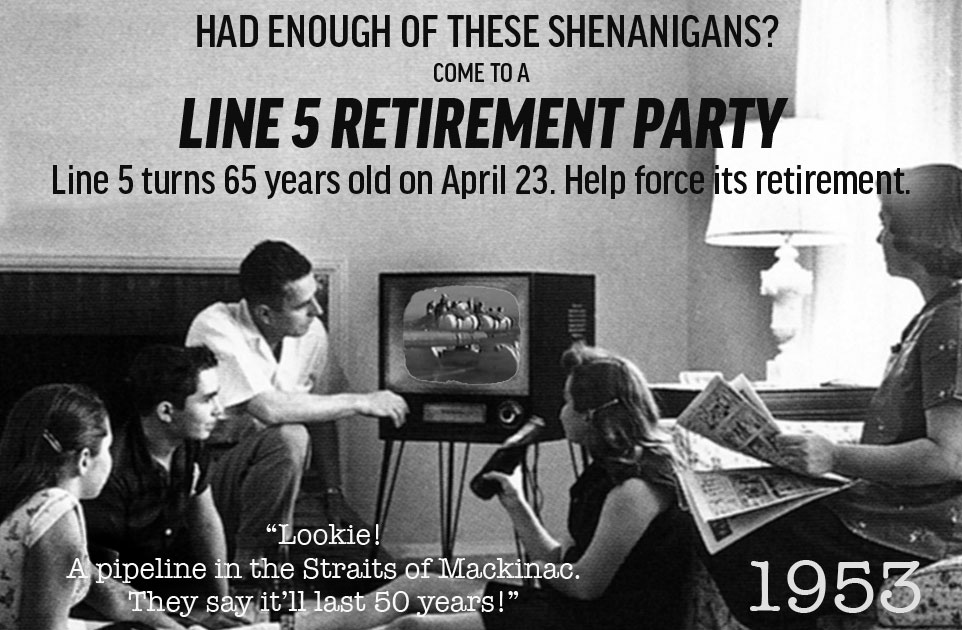