There is no doubt that our economy is currently designed to run on fossil fuels like coal, crude oil, and natural gas. Oil accounts for more than 95 percent of the energy used for transportation in the United States. 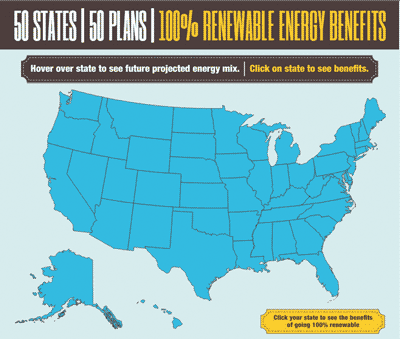 Unfortunately, using all this oil comes at a very steep price: more pollution and its associated health impacts, spills and accidents that occur during its transportation, and the release of carbon dioxide, which contributes substantially to global warming.

There is another way. We can dramatically reduce our dependence on oil through technologies that exist today.

Researchers from Stanford University created a plan to get 100% of our nation’s energy from renewable energy sources for all of our uses - including transportation - by 2050. What’s even better, doing so would create jobs and save billions of dollars in healthcare and energy costs. Click on the map and then your state to discover its future energy mix. 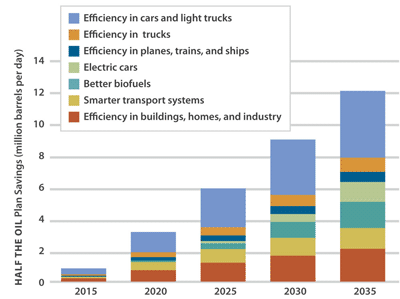 Another plan focused on more modest changes to transportation found that improvements in fuel efficiency technologies and innovations like electric cars could save the U.S. 12 million barrels of oil per day by 2035, cutting our oil consumption in half.

The Sierra Club has introduced the Beyond Oil campaign that sets out a promising vision for the future.

“Imagine a world with clean, abundant, affordable energy. One where climate disruption is a fading threat and American soldiers are never again deployed to defend oil fields. One where innovative green industries provide good jobs and supply 100 percent of our energy needs. Imagine a healthier America, with clean air and water, with pristine coasts and protected natural areas. A wealthier, more productive nation, whose leaders answer only to the citizens who elect them. This is America beyond oil.” - Sierra Club Beyond Oil

Visit the Sierra Club Beyond Oil website for four ways the U.S. can move beyond oil right now, including blocking the most dangerous oil projects and making petroleum companies operate within the existing law; stop the most carbon-intensive fuels from gaining a foothold in our economy; raising efficiency standards, promoting oil-free transportation and electric vehicles; and helping to move America's larger fleets to cleaner options.

THE SHIFT IS ALREADY UNDERWAY 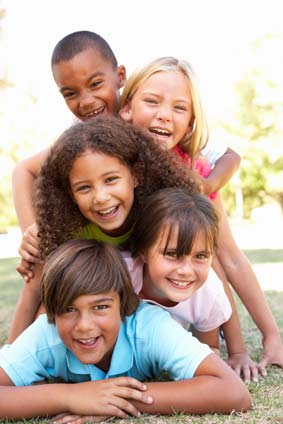 Shifting away from our oil dependency is already underway. Consider:

The oil industry is fighting this transition to clean energy, claiming that we need to rely on oil and oil pipelines forever, and attempting to roll back the gains that we have made. There is a better future for our Great Lakes, our health, and Michigan’s economy. Let’s start moving towards that clean energy future, and let’s stop allowing old oil pipelines to put the Great Lakes at risk.