Today’s action by Attorney General Nessel to seek a court order shutting down Enbridge’s Line 5 is a necessary bold step and a critically important response to the threat of imminent danger to the Great Lakes from a seriously flawed and damaged Enbridge Line 5 pipeline. 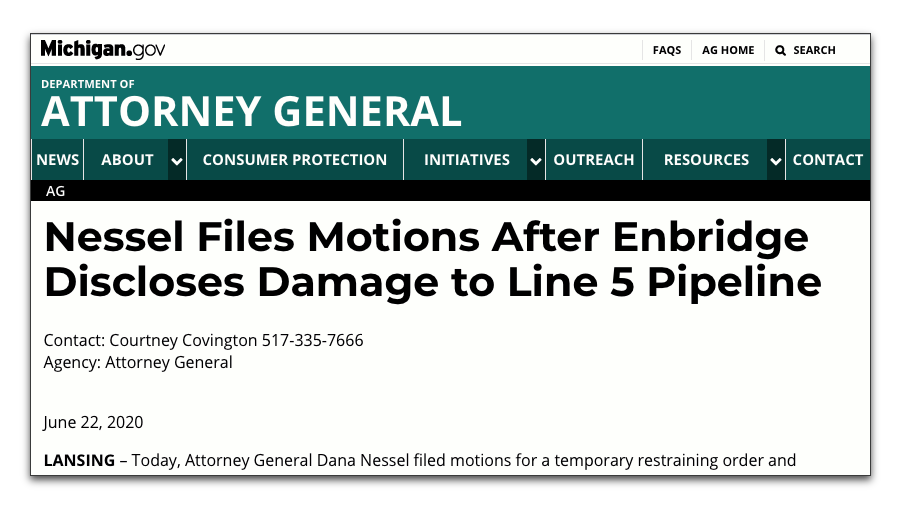 Governor Whitmer, while expressing strong sentiments backing Nessel, nevertheless for at least the moment has stayed on the legal sidelines. By doing so, Whitmer is shirking her responsibility and duty to protect the Great Lakes. Words are not actions, and Enbridge is likely to only bend to actions. Hopefully, the Ingham County Circuit Court will step in and grant Nessel’s request for a preliminary injunction and restraining order.

Enbridge’s actions to restart the pipeline in the Straits is a stark violation of due care and prudence because of the flawed underlying condition of the pipeline and unknown cause and extent of the damage. The governor and the attorney general have a duty to protect the Great Lakes for the people. Enbridge’s approach of displaying indifference to Gov. Whitmer’s call for the shutdown of Line 5 in the wake of the damage clearly demonstrates the need for the attorney general to take the strong action she did today.