Today’s request was made by the Oil & Water Don’t Mix coalition at an authority meeting where a key document related to tunnel construction is on the agenda for discussion but has been blocked from public disclosure by Enbridge and Michigan Department of Transportation (MDOT) staff. In addition to Nystrom, Anthony England, and Paul Novak are also on the three-member body created by the state Legislature in 2018. 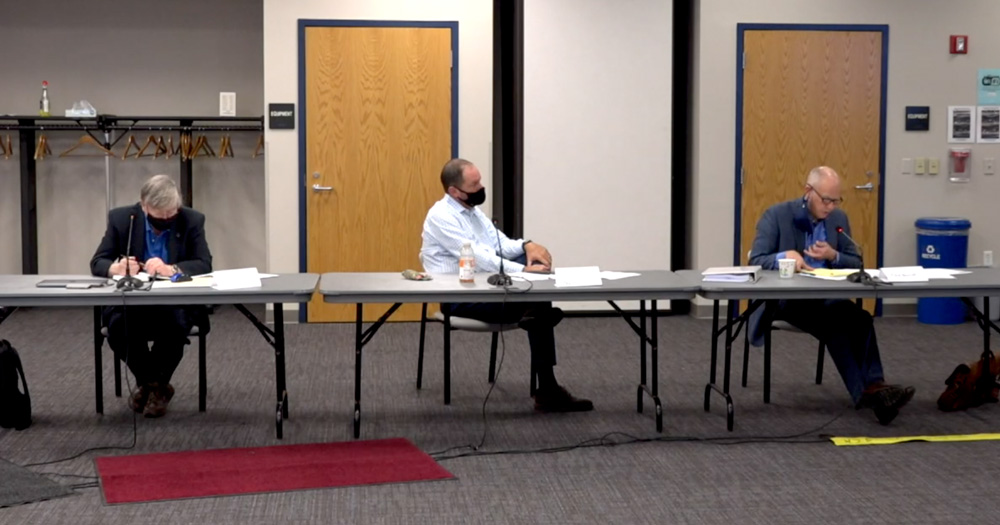 “Given there are so many questions and so much secrecy and power concentrated in the authority’s chair, the two other corridor authority members have a responsibility to ensure there is transparency and accountability,” said Sean McBrearty, Oil & Water Don’t Mix coordinator. “Dr. England and Mr. Novak as fully appointed authority members need to know the commitments, plans, and conversations Chair Nystrom has had on their behalf, and on behalf of the people of Michigan.”

In documents obtained by Oil & Water Don’t Mix under Michigan’s Freedom of Information Act (FOIA), Nystrom is revealed last year to have repeatedly pushed for Enbridge to take over funding of the authority’s expert consultants. The consultants were hired to assist the authority in providing oversight of Enbridge’s proposed tunnel project. Nearly $500,000 in authority consulting contracts came under scrutiny after being signed by Nystrom during an 11-month period where there were no public meetings held by the three-member authority.

Authority members have also be asked to investigate possible conflicts of interest involving Nystrom, who is executive vice president of the Michigan Infrastructure and Transportation Association (MITA). MITA represents union and non-union contractors, including Jay Dee Contractors, who Enbridge has hired for the tunnel project. Jay Dee's top executive is a member of the MITA board of directors, according to MITA’s website. As part of its oversight responsibilities, the corridor authority reviews and approves Enbridge’s construction design and implementation plans.

The draft request for construction proposals (RFP) is currently under review by the authority, which is a public body. But in response to a FOIA request from Oil & Water Don’t Mix’s communications coordinator, David Holtz, MDOT refused to provide a copy of the draft construction proposal, claiming that only Enbridge can grant access to it via a private online portal. Among other details, the construction RFP will likely set parameters and qualifications for bidders on an estimated $1-2 billion project. Nystrom’s infrastructure association represents more than 500 construction contractors and Nystrom is in a position to influence and eventually approve any draft RFP from Enbridge.

While Enbridge and the authority move ahead with plans to replace the existing Line 5 pipelines in the Straits of Mackinac with a pipeline in a tunnel, the project’s future and its timeline are uncertain. If Gov. Gretchen Whitmer’s action to revoke Enbridge’s easement for Line 5 in the Straits is upheld by the courts, Enbridge would no longer be able to operate the existing Line 5 and an oil tunnel project would likely be moot. Meanwhile, with the U.S. Army Corps of Engineers’ decision to conduct an environmental review of the tunnel proposal, any tunnel authorization will be several years away or may never happen.