Citizens Call for Shut Down of Line 5 on Capitol Steps

Protesters formed a human oil drop outside the Capitol in Lansing April 30, 2015, demanding that state officials immediately shut down the aging Line 5 pipeline under the Straits of Mackinac that scientists have warned is a “disaster just waiting to happen.” 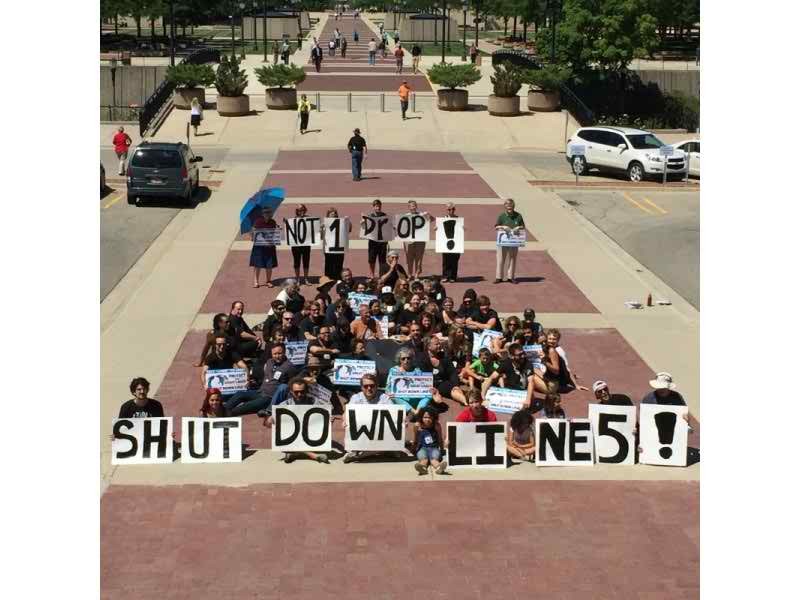 Oil & Water Don't Mix partner organization Food & Water Watch said about 100 people took part in the rally and shouted slogans like ‘not one drop” before delivering a letter signed by more than 160 businesses urging Gov. Rick Snyder and Attorney General Bill Schuette to act swiftly to to protect the Great Lakes by shutting down the pipeline.

Read more about this protest and see photos at Patch.