A story in the Detroit Free Press says the U.S. Coast Guard and other responders are not adequately equipped or prepared for a “heavy oil” spill on the Great Lakes, according to a Coast Guard commander who is pushing for action. 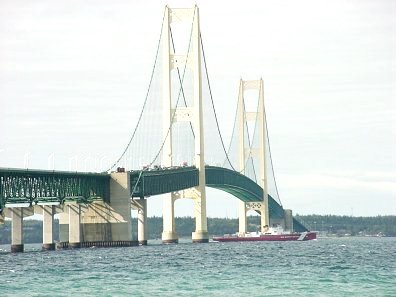 A major oil spill could spell economic disaster for the states in the Great Lakes region, severely damaging the multibillion-dollar fishing and recreational boating industries and killing off wildlife.

Rear Admiral Fred Midgette, commander of the Coast Guard’s District 9, which includes the Great Lakes, said everyone involved in spill response on the Great Lakes is moving with a sense of urgency to come up with a plan to address a major spill.

But they haven’t found a way forward yet.

“When you get environmental groups, technical experts, oil spill recovery groups and regulators together, that’s how you find what’s the best way ahead,” Midgette said Tuesday at an international forum on heavy oils at the Detroit-Wayne County Port Authority attended by a cooperative of oil and chemical spill professionals.

Oil companies need to do more in the way of transparency and financially providing for the necessary response if their products spill, Wallace said. And while the federal Pipeline and Hazardous Material Safety Administration oversees many petroleum pipeline safety issues, it is typically not there when a spill occurs, she said. That’s left to local communities’ first responders or the Coast Guard if the spill occurs on a major water body.

Read the entire article by the Detroit Free Press