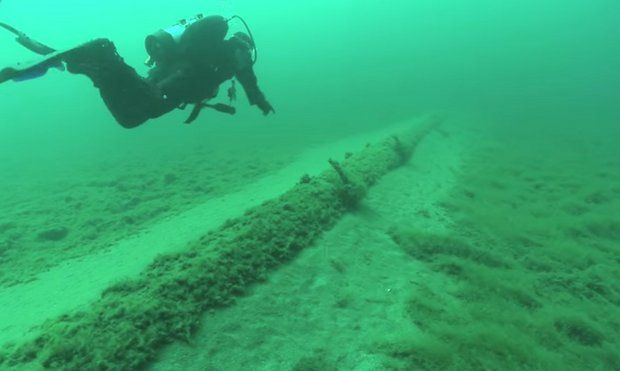 The Enbridge company reportedly runs about 23 million gallons of the crude stuff through a 61-year-old pipeline. Although upgrades have been done to the line, DEQ Director Dan Wyant reflects anything that old could spring a leak at any moment. Which is why he and others are working on a report, due out next month, with recommendations to protect the pristine waterways. He hints the company will be asked to beef-up its safeguards.

Entering the debate is U.S. Sen. Gary Peters, who is "very concerned" and is working on legislation to address this problem since the feds have the lead obligation to monitor the line.

And he is even more worried, as are the Greens, that the Enbridge folks own the line. He reminds everyone that's the same company that presided over the broken line near the Kalamazoo River, which produced "the most expensive environmental damage in history" five years ago.

Compounding the problem, the Coast Guard has told the senator a clean-up would be challenging if there was an oil slick in the Straits. It seems the microbes that eat the oil in salt water don't eat the oil in fresh water.

Wyant was asked if the line is safe?  At first he said yes because there has not been a pipeline breach in 61 years, but then he said no because who knows what might happen to metal that is that old.