This weekend marks the five year anniversary of the Enbridge pipeline rupture in Marshall.

It was the largest inland oil spill in U.S. History.

According to the DEQ, the failed southern pipeline released more than 800,000 gallons of heavy crude oil into the Talmadge Creek and Kalamazoo River and surrounding wetlands.

Enbridge spent more than $1 billion in the cleanup, and also reached a $75 million court settlement with the Michigan DEQ to restore and repair the river and increase public access. 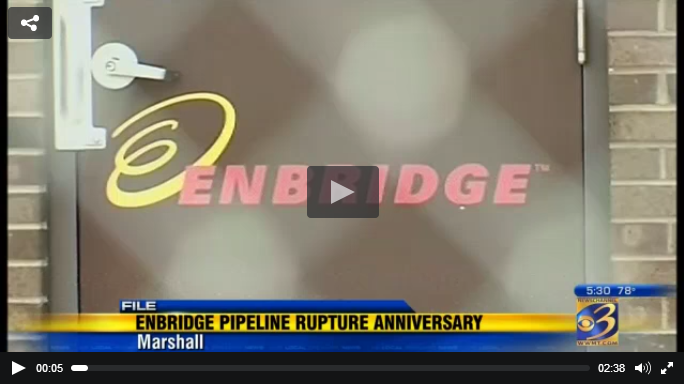