Michigan environmental leaders today called on Gov. Whitmer to take immediate action to shut down oil transport through Enbridge’s Line 5 in the Mackinac Straits in the wake of a breaking story Wednesday that a “crucial” part of responding to an oil spill is unmanned and offline due to the partial federal government shutdown. 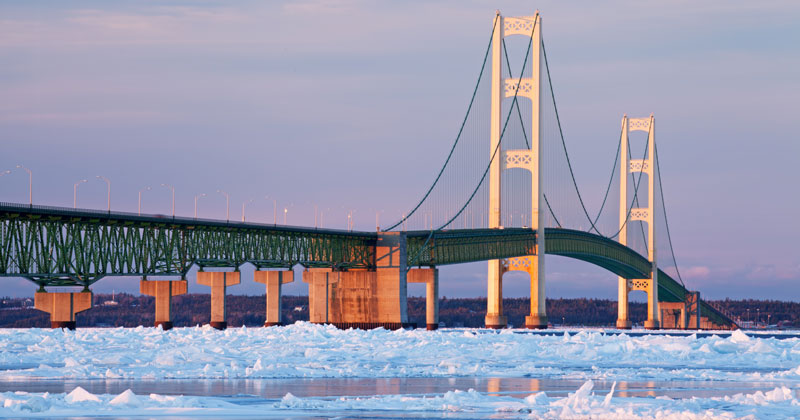 A computer that models currents in the Straits and directs cleanup crews in the event of a Line 5 rupture has been shut down since Dec. 26, according to a report from the MLive media outlet quoting an official with the National Oceanic and Atmospheric Administration’s Great Lakes Environment Research Laboratory. The official is quoted as saying, “We can’t possibly contain big spills in the Straits” as a result of the offline computer.

“State leaders simply cannot allow our ability to protect the Great Lakes from a catastrophic oil spill to be another casualty of the disastrous Trump shutdown. Oil and Water Don't Mix is calling on our Governor and Attorney General to take swift action to stop the flow of oil through the Straits until this shutdown is over,” said Sean McBrearty, Oil and Water Don't Mix campaign coordinator.

While Enbridge reportedly told MLive they have other technology and options for responding to a major Line 5 pipeline rupture, NOAA oceanographer Eric Anderson told the media outlet that the technology that is now offline provides critical eyes on oil spill direction, especially during icy conditions.

“The impacts of the federal shutdown are compromising the ability of the federal government to monitor the complex current patterns in the Straits of Mackinac. Without this critical information, a Line 5 pipeline rupture could be devastating.” said Liz Kirkwood, executive director of For Love of Water (FLOW), “As public trustees and defenders of our Great Lakes, the State of Michigan must take swift emergency action to protect our Great Lakes from a catastrophic oil spill by shutting down Line 5 oil operations until the federal shutdown is over.”

Upper Peninsula resident Patrick Egan warned that with weather conditions in the Straits deteriorating this weekend the threat to the Great Lakes from Line 5 is increasing.

"We are about to experience sub-zero temperatures beginning this weekend and extending for a long period," said Egan. "Not only will we not know if there is a spill, but we now have ice and winter conditions to make this situation untenable."