In Michigan, Anti-Pipeline Activists Aim to Save Their Great Lakes 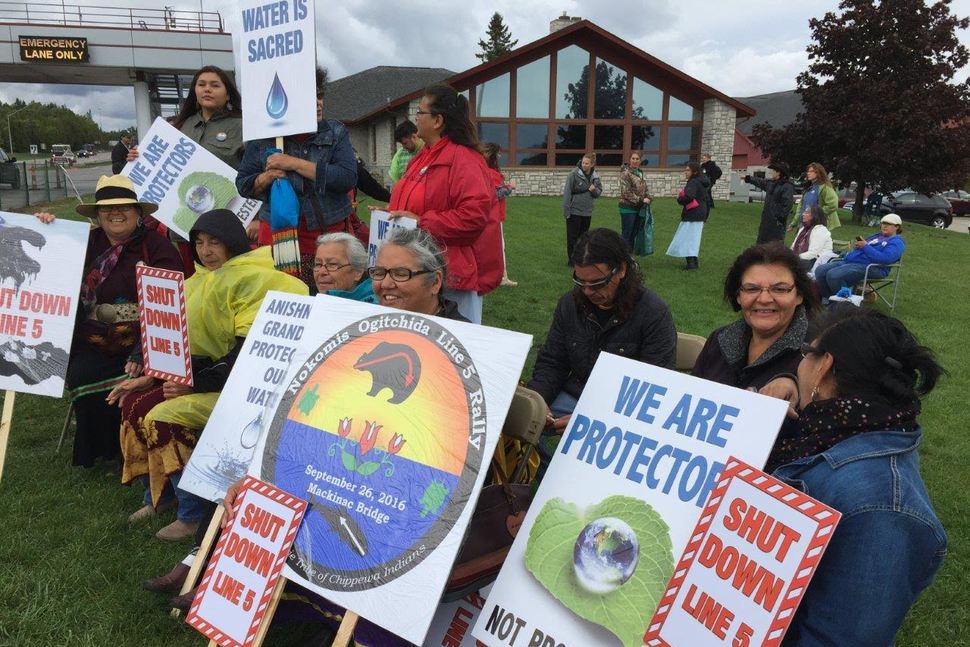 Nine hundred miles east of Standing Rock, North Dakota, another clean-water movement fights a battle against a pipeline that has run through the waters of the Great Lakes for 63 years.

The 645-mile Line 5 pipeline runs from Wisconsin to Ontario through Michigan. The problem, for the activists, is that it runs through the Straits of Mackinac, where Lake Michigan and Lake Huron come together and the Mighty Mac bridge connects the state's Upper and Lower Peninsulas. The Great Lakes contain 20 percent of the world's freshwater, and the activists are concerned about the environmental and economic consequences if Line 5 were to burst.

"Everybody knows how precious the Great Lakes are in Michigan," said Mike Ripley, the environmental coordinator for both the Sault Ste. Marie Chippewa Indians and the Chippewa Ottawa Resource Authority. "Nobody wants to see that destroyed by an oil spill."

For the tribes of the region, it also runs through drinking water and fishing sources guaranteed to them in a 1836 treaty with the state.