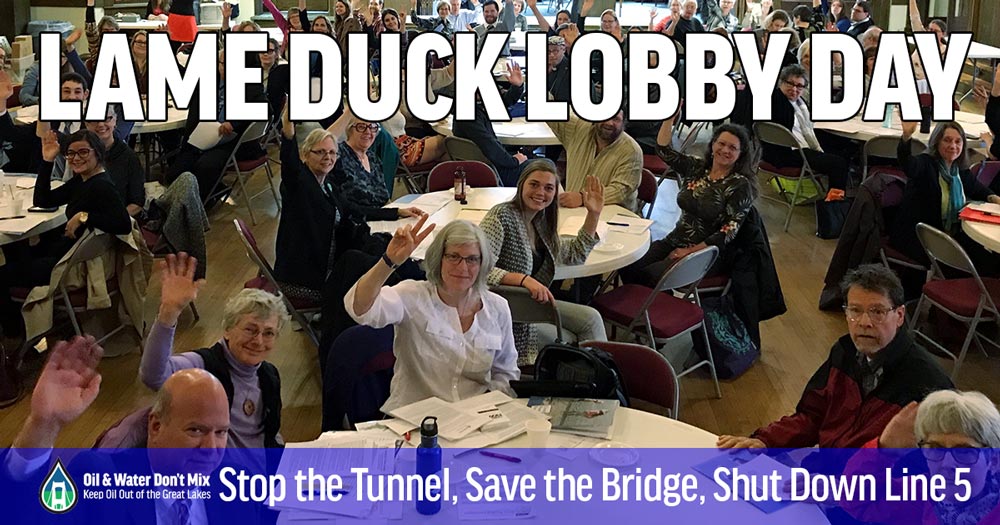 Dangerous legislation was just introduced in Lansing to change the charter of the Mackinac Bridge Authority (MBA) - a body that has operated independently from political and outside influence since its inception 60 years ago.

Why? Gov. Snyder is so intent on building a tunnel for Enbridge and their Canadian oil under the Straits, he's willing to gamble away the state's beloved icon. By using the MBA to take over supervision and then ownership of a tunnel for Enbridge, they would circumvent environmental regulations in order to build a tunnel that the state doesn't need and put the solvency of the Mackinac Bridge in jeopardy.

This shotgun wedding would put the Mackinac Bridge on the hook.

If the legislation passes (there is little doubt that the bill was written by Enbridge), it would not only pave the way for a tunnel to be built in the Straits of Mackinac when combined with the backroom agreements with Enbridge, it would guarantee that the Line 5 pipeline keeps operating in the Straits for at least 10 more years.

This abomination of a bill must be stopped. And this is how we do it.

RSVP to lobby our representatives on the first day of Lame Duck session in Lansing. We'll meet to get some lobby training, and then explain how bad this bill is to our reps in the Senate and House.

A bus has been organized from northern Michigan to help get you there (Traverse City with a stop in Gaylord). The first time we had a lobby day, over 100 people came out (pictured above). LET'S DOUBLE THIS!

If you can't make it, please donate to help make this happen.

Please RSVP below if you think you can make it. If you have a friend that wants to come, have them RSVP as well. We'll send you information as it develops.