Watch the PBS Newshour story about the nation's aging infrastructure that aired nationally, particularly about Line 5 crossing the Straits of Mackinac. 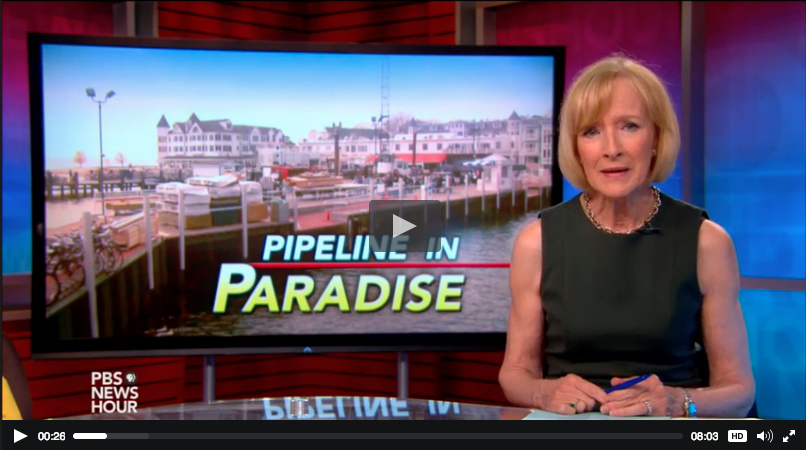 The story, originally produced by public television station WTTW in Chicago, aired nationally on PBS Newshour on July 8, 2015. Scientists say a spill in the Straits would be an environmental and economic disaster. Interviewed for the story are Gary Street - retired Dow engineer, Jim Lively - Groundwork Center for Resilient Communities, and Jason Manshum - Enbridge spokesman.

"Mackinac Island is considered the gem of Michigan. As far as a tourist destination - it would be catastrophic if something happened in the Straits area." - Margaret Doud, Mayor, Mackinac Island