The public comment section at the meeting of the June 13 Pipeline Safety Advisory Board Meeting in Roscommon was sort of an afterthought by the organizers. But dozens of citizens, members of various groups including O&WDM campaign members showed up in force to emphasize the urgency of taking action on protecting the Great Lakes from a Line 5 oil spill. 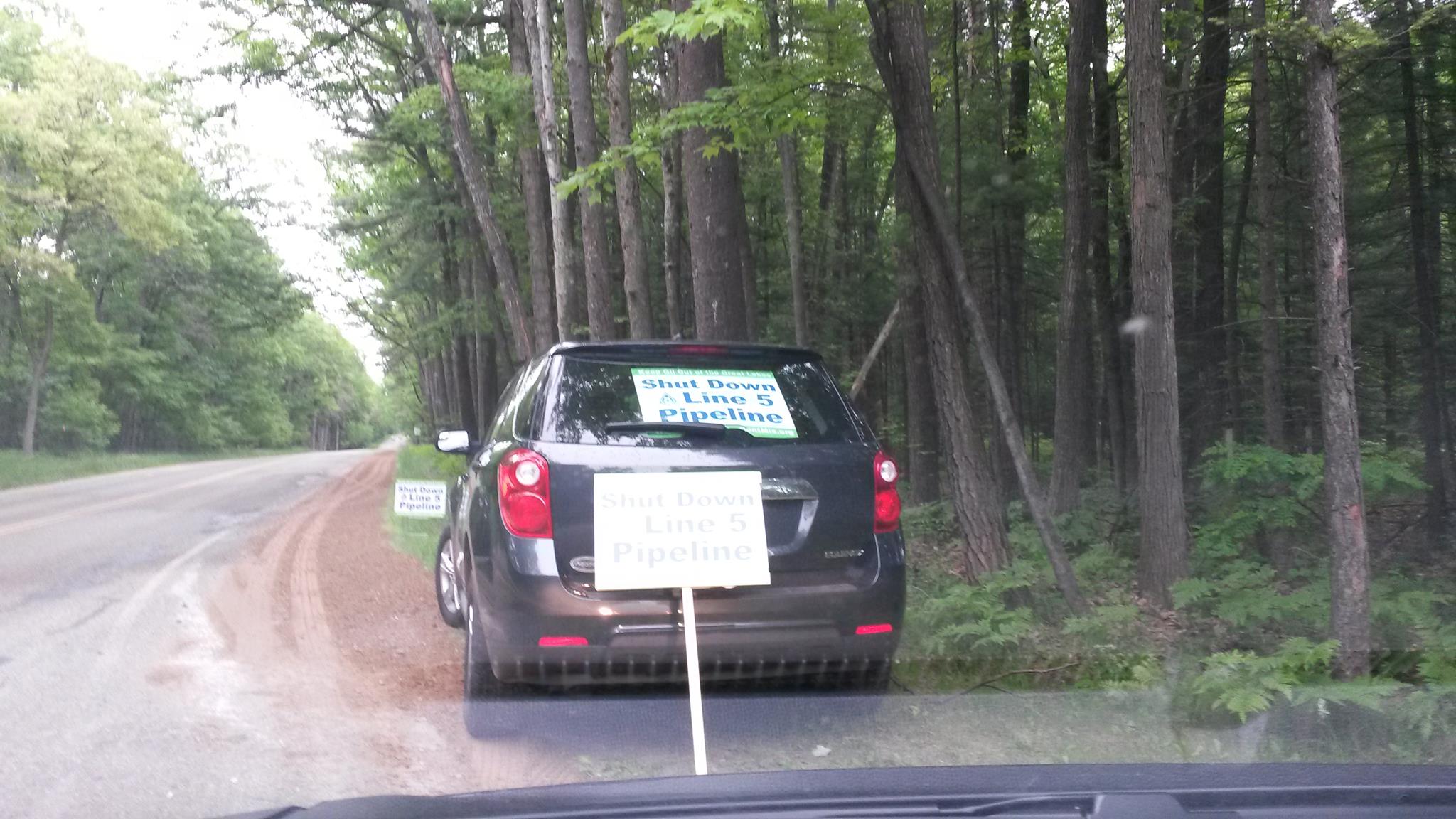 Members of the board were greeted by protestors outside the facility, and a line of Shut Down Line 5 yard signs.

Everyone who spoke challenged the approach being taking by the Advisory Board. A good article by Diane Miller summarized the public comments and flow of the meeting. Have a look at the article in Keweenaw Now.