The state should yank Enbridge’s permits in the Straits of Mackinac following a lengthy delay in disclosing equipment failure and marine debris.

Citizens groups today called on Gov. Gretchen Whitmer’s administration to withdraw Enbridge’s state permits and put a halt on future activity in the Straits of Mackinac in the wake of the Canadian oil transport company’s failure to disclose for two months the collapse of equipment during a mechanical failure.

Groups with the Oil & Water Don’t Mix coalition also said the state must independently inspect Enbridge’s Line 5 oil pipelines to determine whether marine debris from the collapse damaged the controversial oil pipelines at the bottom of the Straits. Enbridge claims it did not. 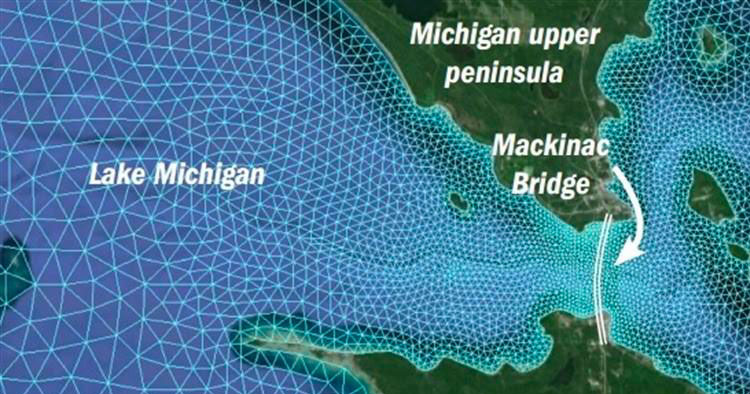 “Enbridge lies and Enbridge’s pattern and practice of hiding Line 5 oil spills, Line 5 damage and Line 5 corrosion must stop today,” said Sean McBrearty, Oil & Water Don’t Mix Coordinator. “Enbridge thinks it is above the law and can simply apologize for violating the state’s rules and then move on as if nothing happened. The state should put a halt to all Enbridge activities in the Straits until there is an independent evaluation by the state of any damage or the potential for future damage resulting from Enbridge failures.”

“Enbridge’s unlawful behavior was tolerated by the previous administration,” said McBrearty. “We have seen that a failure of law enforcement simply encourages more of the same flaunting of environmental rules by Enbridge meant to protect the Great Lakes. Gov. Whitmer must prioritize protecting the Great Lakes and to do that she cannot just allow business as usual from Enbridge.”

Published reports say a 40-feet long piece of three-inch drill rod became lodged beneath the lakebed during boring operations, and another 45-feet long piece of equipment fell on top of the lakebed on Sept. 12. Enbridge didn’t report the incident to the Michigan Department of Environment, Great Lakes and Energy until Nov. 19. Enbridge claims it can’t remove the debris until next spring. While they say their boring work is complete, their permit from the state won’t expire until 2024 unless the state withdraws it sooner.

"Enbridge thinks it is above the law and can simply apologize for violating the state’s rules and then move on as if nothing happened." - Sean McBrearty, Oil & Water Don't Mix Coordinator

Over the past five years, Enbridge has violated its easement agreement with the state by failing to disclose pipeline damage, corrosion, and numerous missing pipeline support structures. In 2016 it was disclosed that Enbridge kept an Upper Peninsula oil spill hidden for 30 years, including the excavation of 825 tons of contaminated soil from the Hiawatha National Forest.

“The state has a public trust duty to protect the Great Lakes and we expect state officials to demonstrate responsibility for doing so,” said McBrearty. “State environmental officials should immediately pull Enbridge’s permit and independently inspect Line 5 for possible damage and then send Enbridge the bill.”