We all know tar sands production is dirty, and that oil spills can really muck up local ecosystems, but what exactly is tar sand's impact on wildlife?

Tar sands oil is not like regular oil.  It’s a heavy, thick substance that has to be mined by clearing forests, draining wetlands, and stripping away earth in the productive evergreen forests of Canada.

Almost 200 species of internationally protected migratory birds use the tar sands area of Alberta for seasonal habitat and breeding, including the endangered whooping crane and popular game birds like wood ducks and teal. In addition to direct habitat destruction and fragmentation, toxic tailings ponds needed to contain the waste pose an immense hazard for birds and other wildlife, with one incident resulting in about 1,600 duck fatalities.

Since it’s so thick, tar sands oil cannot be transported via pipe unless it’s diluted with a toxic gas condensate.  Even then, it must be transported at high pressure, which causes the substance to heat up. There is some indication this heating process and the uneven pressure of the tar sands mixture places undue stress on pipes. 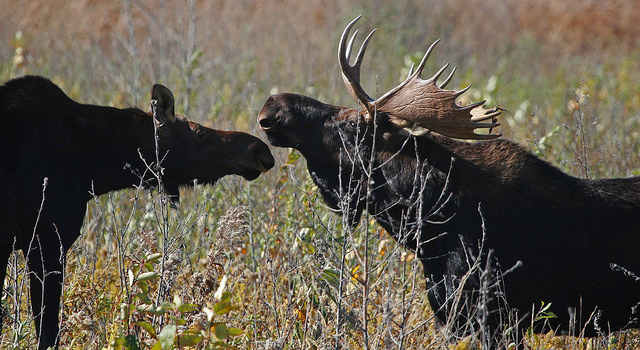 When the substance spills, it has disastrous consequences for wildlife and habitat.  The diluent gases off into the air, producing a toxic cloud of benzene and other chemicals.  The sticky tar sands sinks to the bottom of wetlands, rivers, streams and other water bodies, attaching itself to the bottom.

Tar sands oil also produces much more carbon pollution than regular oil, and more tar sands oil is used as the pipelines’ capacity increases.  This fuels the climate change that is likely leading dramatic declines in moose population in Minnesota and other northern states, as well as fueling toxic algae blooms that are increasingly threatening water quality, wildlife, and recreation in the Great Lakes.