The decision today by the U.S. Army Corps of Engineers to require an Environmental Impact Statement for Enbridge’s proposed Line 5 oil tunnel in the Straits of Mackinac is a major development. A project of this magnitude requires a full review under the National Environmental Protection Act (NEPA), something Enbridge has resisted. 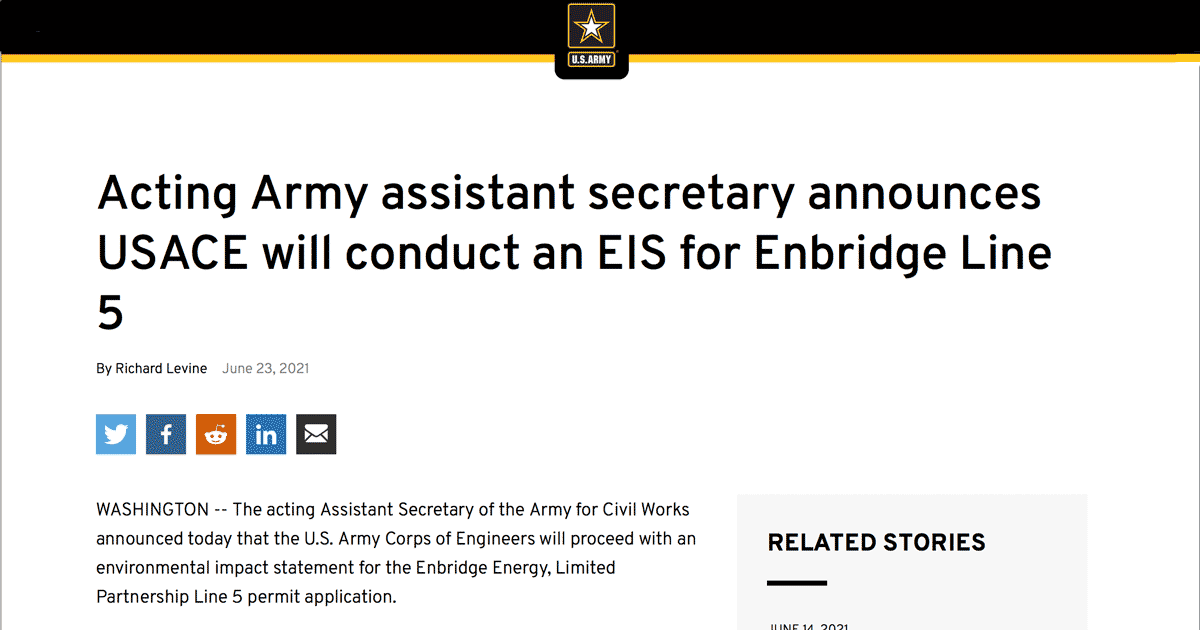 Serious concerns about this massive project in the heart of the Great Lakes have been raised by engineers and other scientists. Moreover, annual greenhouse gas emissions attributable to the oil and natural gas liquids transported by Line 5 are in the millions of metric tons and would contribute to greenhouse gas emissions for the next century if Enbridge’s plans are approved.

"Serious concerns about this massive project in the heart of the Great Lakes have been raised by engineers and other scientists." - Sean McBrearty, OWDM Coordinator

The Army Corps should also take a hard look at the impacts of the Line 3 and Dakota Access pipelines, which also threaten clean water, Indigenous rights, and the climate. Boring an unprecedented tunnel through the bedrock and soils of the Great Lakes threatens to violate a host of federal, state, or local laws or requirements imposed for the protection of the environment. It is difficult to imagine how Enbridge’s tunnel project can survive the kind of thorough, independent evaluation that is now possible with today’s Army Corps decision.