There are troubling new financial and safety questions that have emerged in filings with federal and state regulators, prompting citizens' groups to call on a Michigan state agency to freeze spending and increase scrutiny on Enbridge’s proposed Line 5 underwater Great Lakes oil pipeline tunnel.

In a letter to the Mackinac Straits Corridor Authority, more than a dozen organizations are asking the agency that oversees the tunnel project to halt financial support until new safety, and economic lifespan questions are resolved.

A Line 5 pipeline rupture into the Straits of Mackinac due to a tunnel explosion was raised in recent expert testimony to the Michigan Public Service Commission (MPSC). The federal Pipeline and Hazardous Materials and Safety Administration (PHMSA) has also raised questions about pipeline maintenance and oil spill recovery in a Line 5 tunnel. Meanwhile, Enbridge is telling the Federal Energy Regulatory Commission (FERC) its Line 5 and other pipelines are now only economically viable for 20 years. Once the tunnel is constructed, Enbridge’s tunnel agreement with the state, negotiated by former Gov. Rick Snyder, shifts ownership and liability for the tunnel to the state and guarantees Enbridge’s use of the tunnel for 99 years. 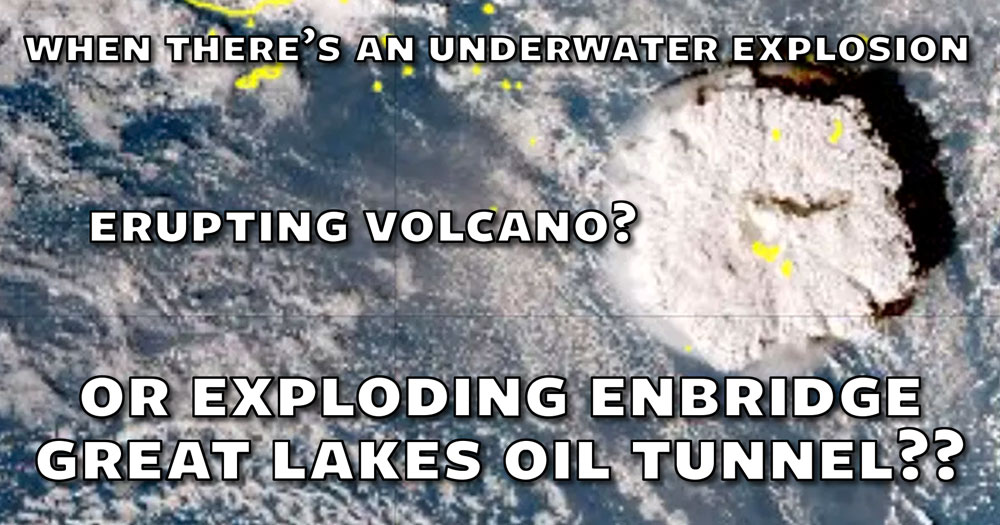 “We are writing to ask that you undertake specific measures in response to these significant developments consistent with your duty to see that the tunnel is safely constructed and operated as you oversee this massive, costly, and high-risk underwater hazardous liquids pipeline enclosure in the Great Lakes,” the groups said in their letter to the MSCA.

“Instead of being an Enbridge booster, the Mackinac Straits Corridor Authority should hold Enbridge accountable to the citizens of Michigan. That’s just not happening.” - Sean McBrearty, Oil & Water Don’t Mix coordinator

The groups, part of the Oil & Water Don’t Mix coalition, recommended the following actions by the MSCA:

In 2019 the Michigan Legislature appropriated $4.5 million to the Mackinac Straits Corridor Authority, with at least $1 million of that going to multiple taxpayer-funded consultants, most of whom work hand-in-glove with Enbridge on the tunnel project.

“It’s way past time for the state’s taxpayers to stop subsidizing Enbridge, which is a multi-billion dollar foreign corporation,” said Sean McBrearty, Oil & Water Don’t Mix coordinator. “Instead of being an Enbridge booster, the Mackinac Straits Corridor Authority should hold Enbridge accountable to the citizens of Michigan. That’s just not happening.”