MARCH 13, 2020 - Citizens groups today called for an investigation by state officials following a news media report disclosing that contractors hired by Enbridge to construct a proposed Line 5 replacement oil tunnel in the Straits of Mackinac were linked to alleged criminal activities and in separate instances to two tunnel catastrophes, including the 2016 giant sinkhole in Macomb County. 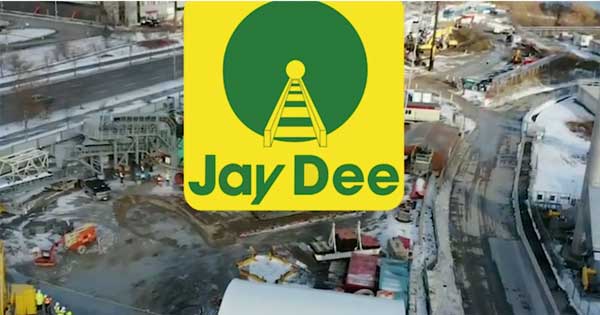 “We need to ensure that Enbridge can’t just go out and hire bad actors to build a dangerous Line 5 oil tunnel in the most turbulent waters of the Great Lakes,” said Sean McBrearty, Oil & Water Don’t Mix coordinator.  “Where’s the oversight and accountability when it comes to this project?  An investigation is needed to determine how companies involved with multiple tunnel disasters and criminal activity could be trusted with the safety and protection of our Great Lakes.”

In a lawsuit filed in April 2019, Macomb County officials said Jay Dee Contractors, Inc., was negligent in connection with a tunnel collapse that resulted in a massive sinkhole in Fraser.  The sinkhole caused more than 20 families to be displaced and two homes to be demolished, and closed a portion of 15 Mile Road for a year. Enbridge announced Friday that Jay Dee would be a lead contractor in constructing a proposed Line 5 oil tunnel in the Straits of Mackinac, where Lake Michigan meets Lake Huron.

“Where’s the oversight and accountability when it comes to this project?  An investigation is needed to determine how companies involved with multiple tunnel disasters and criminal activity could be trusted with the safety and protection of our Great Lakes.” - Sean McBrearty, Oil & Water Don’t Mix coordinator

In a report Thursday by Michigan Advance, it was also disclosed that Jay Dee Contractors in 1999 was part of a joint venture contracted by the Detroit Water and Sewerage Department to build a deep-level rock tunnel from a sewage treatment plant to the Detroit River. The Advance reported that the project was scuttled after the tunnel was flooded with groundwater in April 2003. The contract with the city was terminated, and there were hefty allegations by a former tunnel inspector about the way in which the tunnel was built — specifically, how the grout meant to seal the tunnel was cheaply made and not thick enough to seal the cracks effectively, although the contractors still charged the department full price. In 2010, the inspector alleged that this negligence by the contractors led to the tunnel's flooding.

In a separate instance involving a second contractor hired by Enbridge, Obayashi Corp., was indicted on criminal charges in 2018 and later suspended for violating antitrust laws related to bid-rigging, according to The Advance.