Voters’ Message to Rick Snyder on Line 5: Cease and Desist

During her successful campaign for governor, Gretchen Whitmer attacked Gov. Snyder’s proposal to have the Mackinac Bridge Authority partner with Enbridge to keep Line 5 oil pipelines operating in the Mackinac Straits while exploring whether to build an oil pipeline tunnel. Today leading environmental groups demanded that Snyder give Governor-elect Whitmer the chance to fulfill her promise to voters to eliminate oil pipelines in the Great Lakes instead of attempting to fast-track a bad deal before Whitmer takes office.

“Voters Tuesday expressed a clear preference on the future of Line 5 when they chose Gretchen Whitmer over Bill Schuette,” said Anne Woiwode, Sierra Club Michigan Chapter Chair. “The message to Rick Snyder on Line 5 should be equally clear: cease and desist.” 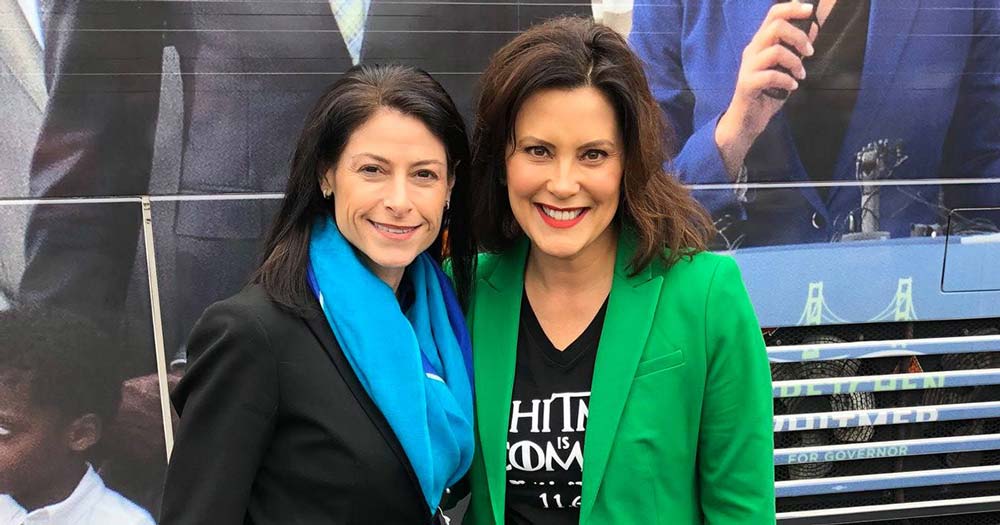 The two candidates for governor sharply disagreed over Snyder’s Line 5 proposal. Schuette strongly embraced it, while Whitmer called it “foolish and dangerous.” Snyder, Whitmer said, was “tying the hands of the next governor.” Dana Nessel, who will take office as attorney general in January, also campaigned strongly in support of removing Enbridge's oil pipelines from the Mackinac Straits.

“With just days left in office, Rick Snyder wants to shackle Michigan, the Mackinac Bridge, and our Great Lakes for 99 years to oil pipelines and possibly an oil tunnel, and we can’t let that happen,” said Mary Brady-Enerson, Michigan Director for Clean Water Action. “Governor-elect Whitmer should insist that Rick Snyder honor the election results and halt what has become a transparent attempt to fast-track a bad deal before she takes office.”

The agreement announced Oct. 3 between Snyder and Line 5 owner-operator Enbridge will keep the existing pipelines running – and risking a major oil spill – for at least another 7 to 10 years with no assurance that a risky tunnel under the Straits ever gets built. It also attempts to use the Mackinac Bridge Authority, established in 1952, as a shell company to take possession of a private oil tunnel and lease it to Enbridge for 99 years. This arrangement seeks to circumvent environmental, water, public participation, and public trust laws tied to Michigan’s Constitution of 1963 and required for Enbridge to obtain lawful authorization to continue use of the existing Line 5 and any future tunnel. The agreement also fails to require Enbridge to protect property owners, businesses, tribal fishing and the Great Lakes by accepting only $1.8 billion in financial assurances from Enbridge for an oil spill danger estimated to exceed $6 billion.

“Voters Tuesday expressed a clear preference on the future of Line 5 when they chose Gretchen Whitmer over Bill Schuette. The message to Rick Snyder on Line 5 should be equally clear: cease and desist.” - Anne Woiwode, Sierra Club Michigan Chapter Chair

The Traverse City-based organization, FLOW, submitted its legal analysis to the state of Michigan on Nov. 1 concluding that the Snyder-Enbridge oil tunnel deal risks the Mackinac Bridge’s fiscal integrity and violates environmental laws.

“What’s the hurry to get this deal done?” said Liz Kirkwood, Executive Director of FLOW. “The only reason to try to jam this through a lame duck legislature and a Mackinac Bridge Authority recently stacked with Snyder appointees is because Rick Snyder and Enbridge know this is not a good solution for the Great Lakes and Michigan, one that can withstand a more prudent, thoughtful, and transparent examination.”