The Line 5 Alternatives Study: What You Need to Know

The State of Michigan is now accepting comments on their recently released draft Line 5 Alternatives Study. The public comment period closes on August 4, 2017. Here's what you need to know about the study's strengths and weaknesses.

The Good News About the Study

Try as they might to bury the good news about the study, its oil industry authors nevertheless make a strong case for decommissioning Line 5 in their analysis. It can be done, as even the oil industry acknowledges, and the cost of failing to end the flow of oil through the Straits of Mackinac is too high. So let’s make sure decommissioning is the only alternative that gets implemented! Please submit your comments today. It makes a difference! 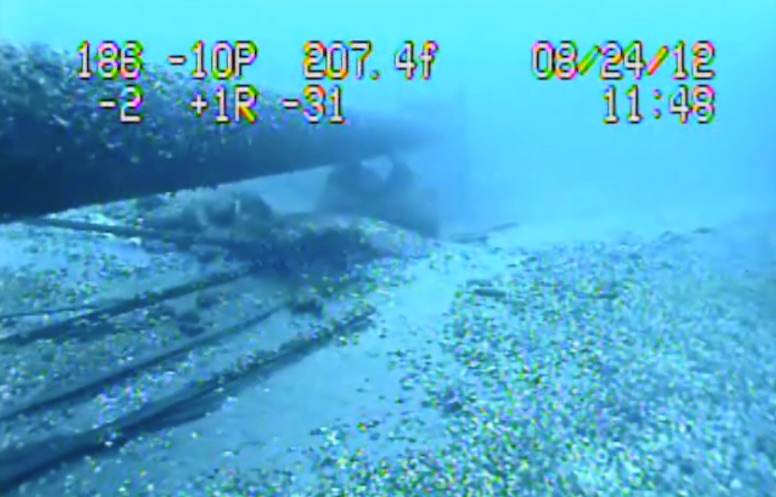 Decommissioning Line 5 in the Straits of Mackinac is the only alternative that will prevent an oil spill with catastrophic consequences for the Great Lakes and the State of Michigan. It is time for the state to stop delaying action with flawed studies, exercise its legal duty as public trustee, and shut down Line 5. The state should use that authority through enforcement of its easement, an agreement that Enbridge has consistently violated.

Specifically, the draft report on alternatives to Line 5 in the Mackinac Straits:

Dr. Ed Timm is a retired Dow Chemical engineer that has done extensive research on Line 5.

Key findings included in the new study include the following:

One of the most important conclusions of the Dynamic Risk study—evaluating the condition of the 64-year-old Line 5—utilizes incomplete analysis, making it highly suspect and raising questions about the study’s credibility.

Over its 64 -year history, strong currents in the Straits of Mackinac have scoured the lake bottom underneath Line 5. According to public documents, Enbridge allowed multiple unsupported spans to develop during the first 50 years of Line 5’s operation, raising the risk of pipeline failure from bending stress and fatigue. Enbridge’s efforts to maintain pipeline supports were especially deficient during the 23-year period beginning in 1980 and ending in 2003. Yet Dynamic Risk failed to factor into its risk analysis the impact of 50 years of unsupported pipeline spans. Instead, Dynamic Risk estimated pipeline risk using a flawed mathematical model and assumed the pipeline to be in brand new condition, starting their analysis in 2018 and predicting a risk of pipeline rupture to 2053. They estimated a 1 in 60 chance of pipeline rupture through 2053 - but in fact, the pipeline has endured multiple rounds of span damage over the years. As a result, the expected failure probability of Line 5 under the Straits is 46.4% in 2017 and 72.5% in 2053 based on average failure rates for all pipelines. This is a far cry from the erroneous 1.6% figure calculated in the Alternatives Analysis.

The Alternatives Analysis states that bends found in the exposed underwater sections of Line 5 are of unknown origin but “may have been intentionally or unintentionally created as part of the installation process.” This statement is speculation on the part of the authors of the Alternatives Analysis. Records and data that are publicly available suggest that the pipeline was bent in multiple areas at least 26 years after the pipeline was installed. The type of bends and other damage found along the pipeline are consistent with damage created by gravity and strong currents. Original Bechtel documentation makes no mention of this damage. That this critical finding of damage was dismissed by the authors of the Alternatives Analysis without any investigation or explanation is puzzling. Moreover, of the 22 new screw anchors that Enbridge is currently requesting a permit to install along Line 5 in the Straits, five are to be located in areas where bends and other features point to pipeline damage.

Dynamic Risk based their probability of a pipeline rupture on average weather conditions rather than extreme conditions of high winds and waves.

Most people understand that structures don’t fail during nice weather. Wind and wave conditions in the Straits of Mackinac fluctuate greatly, yet Dynamic Risk removed from their analysis the most likely condition when a rupture would occur—during peak wind and wave velocity. This decision to use meteorological data from a period where “Wind conditions are fairly average compared to other years, without any particular high wind events or extreme situations” defies common sense. Excluding the very conditions that would be expected to lead to a rupture of Line 5 is neither explained in the Alternatives Analysis nor realistic. Peak water velocity in the Straits is estimated at least 20% higher than what Dynamic Risk evaluated.