On January 15, 2015, a pipeline in Montana spilled up to 50,000 gallons of crude oil into the Yellowstone River, the pipeline’s operator confirmed Sunday night. Frozen conditions are making cleanup very difficult. Let's think about that for a moment.

Some residents are reportedly smelling and tasting oil in their drinking water, causing the EPA to test water samples and the city water plant to cease drawing water from the river. 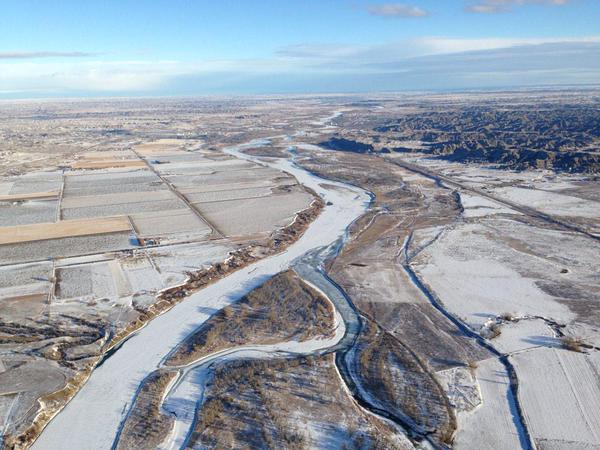 Oil visible through the icy river from the air. - Photo courtesy Billings Gazette

“Oil has made it into the river,” Bridger Pipeline LLC (owner/operator of the pipeline) spokesperson Bill Salvin confirmed to the AP on Monday. “We do not know how much at this point.” Observers spotted oil, some of which was trapped under the ice, up to 60 miles downstream from Glendive. Paul Peronard, the EPA’s on-scene coordinator, said crews were attempting to use booms to prevent the spill from spreading further but the ice on top of the river was forcing them to “hunt and peck” through it.

Now imagine a mid-January spill from Line 5 in the frozen Straits of Mackinac.