The National Wildlife Federation asks court to consider federal agency’s decision, to allow Line 5 to operate without documenting that its Oil Spill Response Plan was adequate. 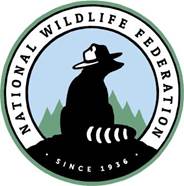 Ann Arbor, MI (October 18, 2016) – The National Wildlife Federation notified a federal court on Friday that the federal agency charged with pipeline safety failed to explain why in 2013 it approved an oil spill response plan for a pipeline under the Straits of Mackinac – known as Line 5 – six months after the same agency had rejected an earlier version of the plan as “unacceptable” for failing to comply with the Clean Water Act. Despite the approval, the agency did not determine the plan to be adequate to prevent or respond to a worst-case discharge. In the absence of such a determination, Line 5 should not have been allowed to operate. NWF is challenging the approval of the plan, asserting that the pipeline is operating illegally.

“The undocumented approval of the final plan calls into question whether the people charged with the important task of protecting our communities, drinking water, and wildlife from devastating oil spills are doing their due diligence,” said Mike Shriberg, NWF’s Great Lakes regional executive director. “At best, this is an administrative oversight, at worst it’s negligence. The bottom line is the agency gave no rational basis for approving the plan. And without an approved oil spill response plan, the pipeline cannot operate.”

NWF sued the Pipeline and Hazardous Materials Safety Administration in May, asserting the agency illegally authorized the oil spill response plan for the Mackinac Straits pipeline by violating the Clean Water Act, Endangered Species Act and National Environmental Policy Act. Last October, NWF sued the Secretary of the Department of Transportation for violating the Clean Water Act by failing to consider the adequacy of oil spill response plans for pipelines crossing major waterways across the country.

The National Wildlife Federation learned a week and a half ago about the agency’s unexplained decision on the spill response plan through court filings and is asking a U.S. court to let NWF raise the episode as evidence of another violation of the Clean Water Act in its case against the Pipeline and Hazardous Materials Safety Administration. 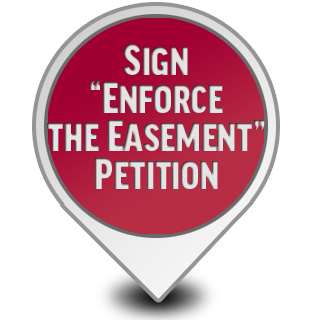 The pipelines under the Great Lakes are operated by Enbridge Energy, a Canadian company responsible for the largest inland oil disaster in 2010 in the Kalamazoo River. In 2013, PHMSA took Enbridge Energy to task for its oil spill response plan for the company’s pipelines in the Midwest, including the pipeline that runs under the Great Lakes on the lakebed across the Straits of Mackinac. The agency found significant problems with the plan, from failing to identify resources to respond to a worse case oil discharge to failing to describe a training program to facilitate a response. The actions led the agency to label the plan as “unacceptable.”

However, less than six months later, in July 2013, the agency approved a revised version of the plan, without explanation and with no public documentation explaining how Enbridge Energy had fixed its defective plan. PHMSA later approved another oil spill response plan for the Mackinac Straits pipeline in 2015, but the agency’s unsupported approval of the plan in 2013 gives no assurance that the approval in 2015 was any more justified, according to the National Wildlife Federation.

On December 8, the National Wildlife Federation will argue both its cases against PHMSA and the Secretary before the United States District Court for the Eastern District of Michigan in Detroit.