Odanah, WI, July 23, 2019 - The Bad River Band of Lake Superior Chippewa filed suit against Enbridge today to force the decommissioning and removal of the Line 5 pipeline, which runs across 12 miles of sensitive habitat in the Bad River Reservation. This litigation follows a failed multi-year mediation process with the company and is necessary to force the Canadian-owned company to comply with its legal obligations to decommission and remove the 66-year-old pipeline from the Bad River watershed. Enbridge has continued to operate the pipeline for six years since easements allowing it to maintain the Reservation right-of-way expired in 2013, and today’s action seeks to bring the company’s unauthorized presence to an end. 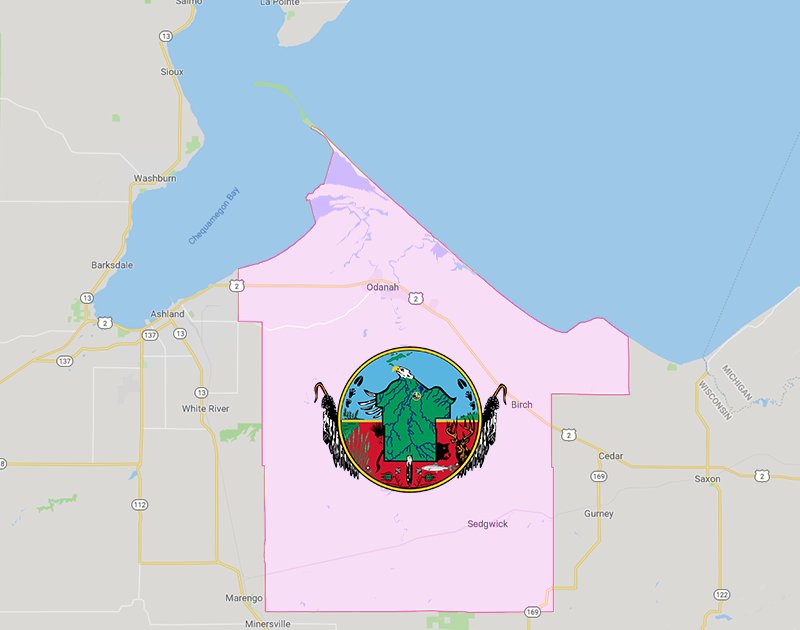 The Bad River Reservation is located on the south shore of Lake Superior and includes vast wetlands interlaced with a network of rivers and streams, including the Kakagon River, the White River, and the Bad River. Those rivers give way to the Kakagon and Bad River sloughs, which are complex freshwater estuaries stewarded by the Band and internationally recognized as some of the most sensitive freshwater estuarine ecosystems on earth. They provide refuge for threatened and endangered species, support critical treaty fisheries, contain some of the last remaining wild rice beds on the Great Lakes, and supply healthful, traditional sustenance to Bad River Band members who continue to fish, hunt, and gather in these lands and waters, as they have for centuries.

The Band passed a resolution in January of 2017 declaring that, in light of the threat posed by Line 5 to precious watershed resources, it would not consent to new easements for Line 5 across parcels of tribally-owned land. Since then, the Band has been collecting and reviewing environmental, water, and pipeline data to further assess the danger posed by the pipeline. While a significant threat of ruptures and leaks exists for the entire stretch of Line 5’s path across the Reservation, there is a looming disaster just east of where Line 5 presently crosses the Bad River. There, the river channel is migrating towards the pipeline at an alarming rate due to bank erosion: while the distance between the riverbank and the pipeline was 320 feet at this location in 1963, it now stands at only 28 feet, and the river is threatening to carve a new channel directly across the pipeline route. The river will inevitably expose the pipeline, subjecting it to stresses that it was not designed to withstand and making a rupture all but certain. Other than the decommissioning of the pipeline on the Reservation, the only options for avoiding such a disaster involve either the drilling of a new pipeline or armoring the banks of the Bad River. Neither is acceptable to the Band, as both carry their own significant risks and would involve further alteration and damage to watershed resources. More on these issues can be viewed at http://www.badriver-nsn.gov/tribal-operations/natural-resources/pipeline-information.

The Bad River Band has carefully reviewed alternatives to Line 5, and understands that the majority of the product on the line is for export and that ready substitutes are available for the few services Line 5 actually provides to the region. Given these realities and the threat posed to the Bad River watershed and coastal wetlands and to Lake Superior, which together serve as the lifeblood not only for the Band but for many neighboring communities, the Bad River Tribal Council cannot allow the community to shoulder the significant and unacceptable risk associated with a foreign company’s aging pipeline.

The Bad River Tribal Council cannot allow the community to shoulder the significant and unacceptable risk associated with a foreign company’s aging pipeline.

Bad River Tribal Chairman Mike Wiggins Jr. agrees with the Council’s decision. “No amount of compensation is worth risking Wenji-Bimaadiziyaang- an Ojibwe word that literally means ‘From where we get life.’ It’s time to end the imminent threat the company is presenting to our people, our rivers, and gichi gami (Lake Superior). It’s not only an infringement of our sovereignty, but a burden felt by our people having to engage in the perpetual chase for the next pipeline rupture. It’s time to stop the flow of oil immediately.”

The Bad River Tribal Council would like for its constituents and local community members to know that the Tribe has weighed all options and filing suit against Enbridge represents the best and last route for successfully decommissioning an enormous threat to the local watershed and environment. For additional information about Enbridge Line 5, please visit https://blog.nwf.org/2017/11/why-the-line-5-oil-pipeline-threatens-the-great-lakes/.

Bad River Tribal Council Member Dylan Bizhikiins Jennings explains, “The tribe has commenced litigation because we must stop the operation of line 5 in order to protect current and future generations from a potential catastrophe. We will not allow a foreign energy company to endanger our lifeway. As Anishinaabe, it’s really quite simple to us, ‘Giishpin ganawendamang iw nibi, giga-ganawenimigomin- If we take care of the water, it will continue to take care of us.’”