In sharp contrast to what Canadian pipeline company Enbridge has been telling consumers and policymakers, one of the company’s experts has filed a court document that says gasoline prices will rise less than a penny in Michigan if the Line 5 oil pipeline shuts down.

SIGN THE PETITION
Urge President Biden to act to protect the Great Lakes and climate from the Enbridge Line 5 oil pipeline.

“My estimate of the increase in Wisconsin transportation fuel prices is the same as that for Michigan gasoline prices, i.e., approximately 0.5 cents per gallon,” wrote Neil K. Earnest, an independent energy industry consultant hired by Enbridge.

Enbridge operates Line 5, which has endangered the Straits of Mackinac for 69 years. The company has spent millions to push misleading advertising and public statements. Shut down Line 5, it said, and gasoline prices in the state will skyrocket. 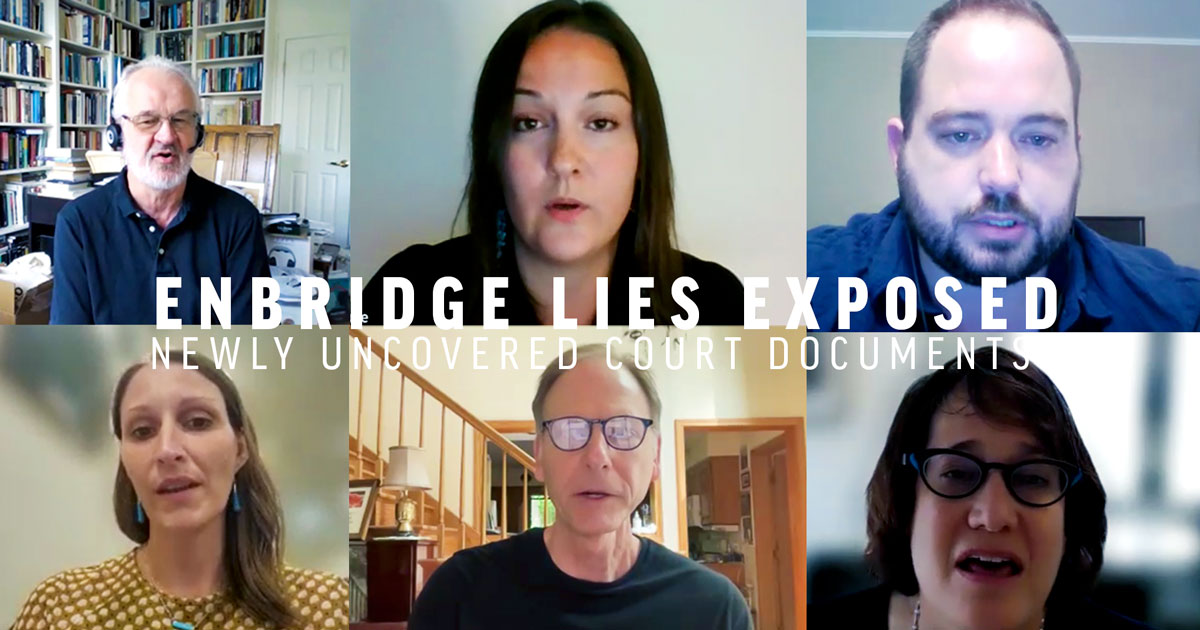 “What we suspected for years is true, and now we hear it through Enbridge’s own words in court: The products that travel through Line 5 have no effect on gasoline prices in Michigan,” said Sean McBrearty, campaign coordinator for Oil & Water Don’t Mix. “These court filings totally vindicate the responsible and courageous leadership of Gov. Gretchen Whitmer and Attorney General Dana Nessel, who have worked tirelessly to protect our Great Lakes from a massive oil spill.”

The consultant’s report was part of an Enbridge court filing in Wisconsin in its fight with the Bad River Band of the Lake Superior Tribe of Chippewa Indians. The tribe is suing the company to remove Line 5 from its lands.

Enbridge’s court filing isn’t the first time its own documents show how little Line 5 has to do with gasoline prices. The 2017 Dynamic Risk study, funded by Enbridge, showed decommissioning Line 5 would result in price impacts of roughly 2 cents per gallon on gasoline and approximately 5 cents per gallon on propane.

EMAIL THE MPSC
Tell the Michigan Public Service Commission to deny Enbridge a permit it wants to build a massive fossil fuel tunnel through the Great Lakes for a pipeline that Michigan does not need.

“Once again Enbridge has been caught misleading the public on Line 5, prioritizing their profit margins over Great Lakes water, wildlife, and our way of life,” said Beth Wallace, Great Lakes freshwater campaigns manager for the National Wildlife Federation. "All should see clearly now, by their own expert’s admission, that Enbridge’s arguments and reality go together like oil and water. Greed and profiteering are at the center of Enbridge’s campaign to keep this 70-year-old pipeline running and not Michiganders’ best interest."

Line 5, built during the Eisenhower administration and before the Mackinac Bridge, runs from Canada, through Wisconsin and Michigan before crossing back into Canada near Port Huron. Line 5 splits into two sections on the bottom of the Straits of Mackinac, where an oil spill would be catastrophic for the Great Lakes.

“Once again Enbridge has been caught misleading the public on Line 5, prioritizing their profit margins over Great Lakes water, wildlife, and our way of life.” - Beth Wallace, Great Lakes freshwater campaigns manager for the National Wildlife Federation

“Line 5 is located in the worst possible place for an oil spill in the Great Lakes, according to experts at the University of Michigan,” said Michelle Woodhouse, water program manager for Environmental Defence in Canada. “With its own words, Enbridge’s court document confirms a recent report the Environmental Defence commissioned that showed a price impact of 2 cents per liter at the pumps in Ontario when Line 5 shuts down. The biggest economic threat we face is the danger Line 5 poses to the Great Lakes ecosystem.”