Oil pipeline company Enbridge prepares for an oil spill from their Line 5 pipelines in the Mackinac Straits in a September oil spill drill before the straits freeze over.

MLive reports that the "mother of all exercises" to gauge Enbridge Inc.'s ability to respond to an oil spill in the Mackinac Straits will happen September 22-25. 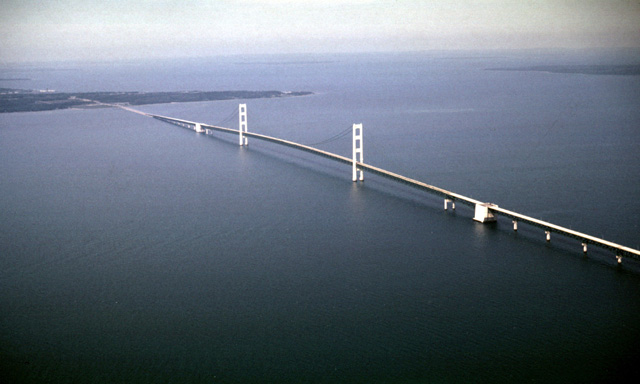 "This will be a huge, huge drill," said Steve Keck, a U.S. Coast Guard contingency preparedness specialist based in Sault Ste. Marie.

The effort will involve hundreds of responders, more than a dozen boats, multiple helicopters, drones, underwater vehicles, wave gliders and other equipment designed to gauge real-time wind, wave and current data in the heavily trafficked waterway.

The Oil & Water Don’t Mix campaign supports those first-responders who must prepare to respond to a potential, catastrophic oil spill from Enbridge’s aging Line 5 oil pipelines in the Mackinac Straits. But most of the oil would never be cleaned up, no matter the amount of personnel or technology deployed.

“We never recover all the oil. Somebody who tells you that is telling you stories. Good conditions – you get half of the oil that hits the water.” - U.S. EPA Expert regarding oil cleanup at the frozen Yellowstone River

Enbridge estimates that a “worst case” spill in winter – when the Mackinac Straits are topped by as much as eight feet of ice – would dump up to 360,000 gallons of oil in the Straits would cost as much as $900 million to clean up, not including any damages to persons, property, or natural resources for which Enbridge is liable, nor for any fines or penalties.

The U.S. Coast Guard Commandant in April testified to Congress that he is “not comfortable” with the current contingency plans for a worst-case spill in the Great Lakes. A U.S. Environmental Protection Agency oil cleanup expert working to clean up oil from the frozen-over Yellowstone River in Montana said in March 2015, “We never recover all the oil. Somebody who tells you that is telling you stories. Good conditions – you get half of the oil that hits the water.”

Read the entire article at MLive.