Enbridge takes legal action to circumvent strong demand by Gov. Whitmer calling to remove Line 5 from the Straits within two years. This is the news roundup and OWDM response.

AG Dana Nessel: “While we are not able to comment on Enbridge’s lawsuit as we have yet to receive it, we are pleased to know that Enbridge shares the Attorney General’s interest in securing an expedited resolution to this matter. We look forward to seeing them in Court.”

Enbridge’s announcement today that it intends to sue the State of Michigan should come as no surprise. To protect its dangerous but profitable oil pipelines in the Great Lakes, Enbridge used a corrupt lame duck process and political influence last year to do an end-run around Michigan’s constitution and environmental laws meant to protect our waters. Now it wants to bypass those same legal and environmental protections for Michigan by asking a court to ignore the rule of law. We look forward to Michigan’s Attorney General defending Michigan’s laws against Enbridge’s tactics and urge Governor Whitmer to not be diverted from quickly moving forward with implementing a process for decommissioning Line 5. 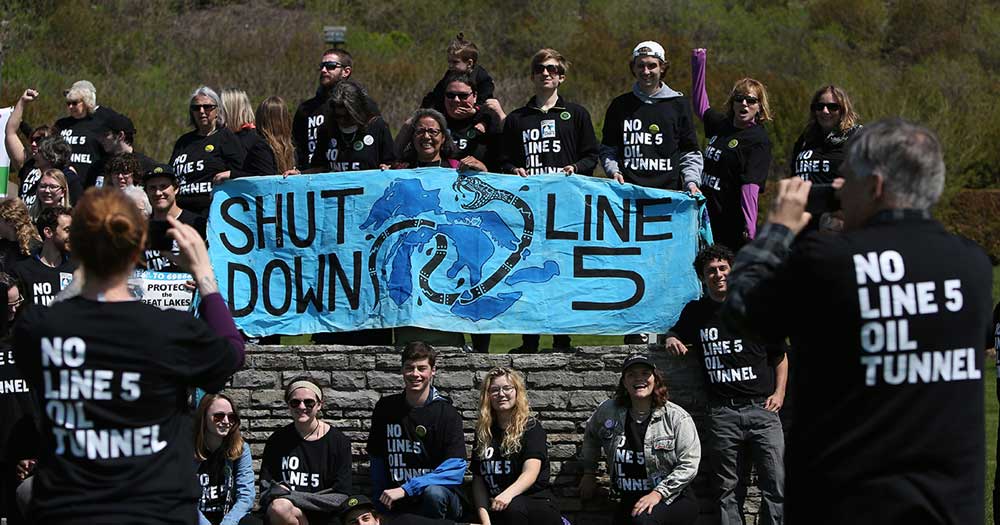