Groups working on the Oil & Water Don't Mix initiative call a press conference to tell Governor Snyder to take immediate, meaningful action to prevent a pipeline oil spill in the Straits of Mackinac.

The press conference took place on Monday, October 6, 2014 at 10:30AM at the offices of Michigan Environmental Council. Read/download the press release here.

Watch each speaker individually at this YouTube Playlist Link

In June 2014, the Snyder administration announced a Michigan Petroleum Pipelines Task Force to look into the safety issues surrounding oil moving throughout Michigan. They will also be looking at the state's emergency management preparedness for spills, coordination of permitting issues for pipeline upgrades and replacement, and the creation of a state website to serve as an information clearinghouse for residents who have questions or concerns about pipelines. It has been stated that this is meant to be a year-long process and that it will be closed to the public.

It has long been the position of the Snyder Administration that oversight for pipelines in Michigan lies not with the Governor's office, but with the federal Pipeline & Hazardous Materials Safety Administration (PHMSA).

The organizations behind the Oil & Water Don't Mix campaign insist that this year-long, closed to the public task force, is inadequate to meet the pressing imperative of preventing a disastrous pipeline spill, and insist that more needs to be done now to protect the public trust waters of the State of Michigan.

The task force is "inadequate to address the potentially devastating environmental and public works impacts should that underwater line leak or rupture at what is widely considered the heart of the Great Lakes inland seas, approximately 20 percent of the world's surface fresh water." - Liz Kirkwood, Executive Director of Flow for Water (FLOW) 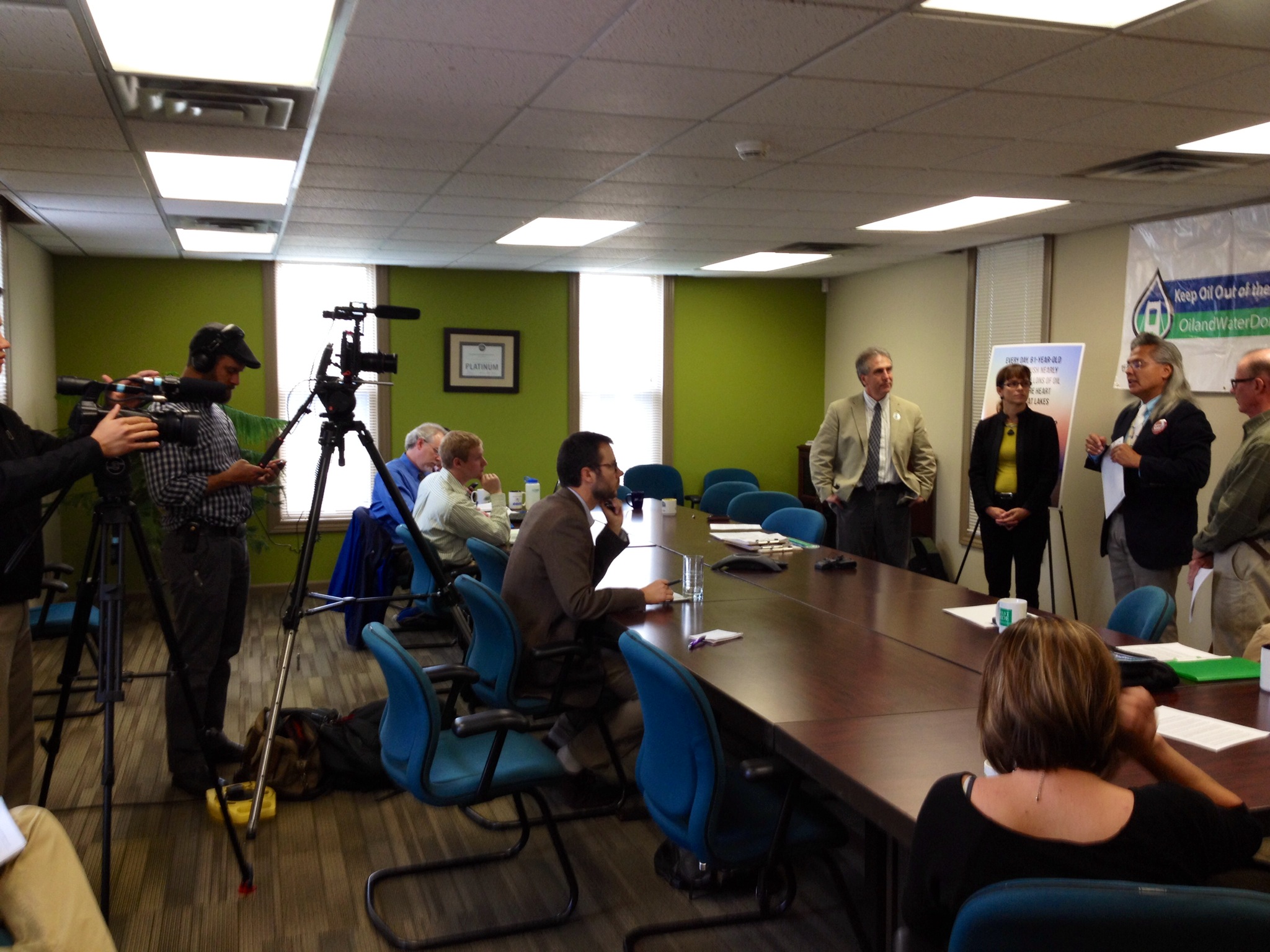 A task force which is focusing on spill cleanup is taking the attention away from the real question: should a pipeline carrying nearly 23 million gallons of toxic crude oil be allowed to run through 20% of the world's fresh water? The OWDM organizations are calling on the Snyder administration to require that Enbridge, the Canadian company that owns and operates Line 5 which runs through the Straits of Mackinac, immediately file for a conveyance application under the Great Lakes Submerged Lands Act (GLSLA), which would require a comprehensive analysis of likely impacts on water, ecosystem, and public uses in the event of a oil release. Due to the critical location of the Line 5 pipeline through the Straits of Mackinac, this is a State issue, not a Federal matter.