The New York Times headline today couldn’t be more clear in terms of the writing being on the wall for companies like Enbridge who transport oil from Alberta sands:  Global Giants Swear Off Funding and Especially Dirty Fuel.

As many know by now Enbridge’s Line 5 is an aging oil and gas pipeline that carries light synthetic crude oil, a partially refined form of tar sands crude, and conventional light crude oil. Every day, nearly 23 million gallons of this oil flow through two aging pipelines in the heart of the Great Lakes, posing a major threat to the lakes and a drinking water source for millions of people. A costly $45 billion oil spill in the Straits of Mackinac is reason enough to decommission Enbridge’s twin Line 5 pipelines and eliminate the risk they pose to Michigan’s economic and environmental future. 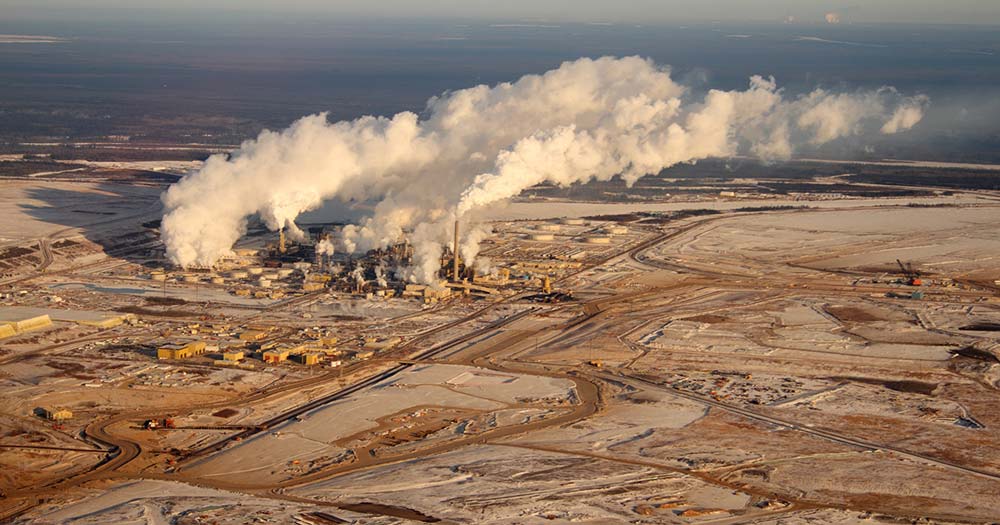 But recent developments in the financial markets related to the world’s rapidly changing energy and climate future suggest Line 5 is also a sucker’s bet for Michigan and a bad investment for our future.  It also raises the question of whether Enbridge’s proposal for a Straits of Mackinac oil tunnel is just a part of their massive public relations campaign in Michigan and simply a way of diverting attention away from the fact that Line 5 is an ongoing threat to the Great Lakes. 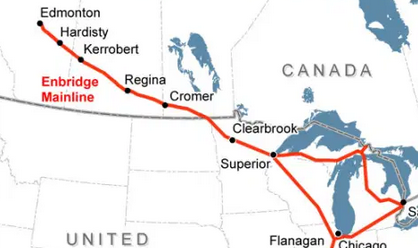 There’s been little discussion up to now about the future of Line 5 from the point of view of a changing climate that is impacting financial markets as well as our daily lives. Understandably, most of the debate is around the impact of a catastrophic oil pipeline rupture in the Great Lakes. But there is a strong case to be made that Michigan should take action to decommission Line 5 as part of its climate policy.  The fact that Wall Street is now coming on board should persuade anyone still on the fence that Line 5 is a lousy gamble all the way around.

As the Michigan Climate Action Network points out, not only does a potential oil spill pose an enormous threat to the Great Lakes, when the oil makes its way down the pipe to refineries and is turned into gasoline, the burning of that fuel creates a carbon spill into the atmosphere every day. Yet Enbridge, the oil industry, and their friends in the Michigan Legislature persist in advocating for an oil tunnel even as Wall Street is stepping away from the fossil fuel industry, and as the impacts of our overheating planet become more devastating.

A few weeks ago, the world’s biggest investor--BlackRock--announced that it will begin shunning risky fossil fuel bets, citing the risks involved with climate change that are getting the attention of international financial investors.  That announcement was followed by this week’s action removing Alberta oil sands from BlackRock’s green investment portfolio.

“Climate change is almost invariably the top issue that clients around the world raise with BlackRock,” explained Laurence D. Fink, BlackRock’s founder, in his annual letter to the chief executives of the world’s largest companies.

Meanwhile, a report released recently by an umbrella organization for the world’s central banks warns that bankers lack tools to deal with what it says could be one of the biggest economic dislocations of all time.

“Climate change poses unprecedented challenges to human societies, and our community of central banks and supervisors cannot consider itself immune to the risks ahead of us,” François Villeroy de Galhau, governor of the Banque de France, said in the report.

Setting aside whether Enbridge could even find financing in today’s market to construct a $500 million oil tunnel under the Straits, as a matter of public policy investing in fossil fuels is a terrible investment for Michigan. And relying on Enbridge’s financial future and its ability to pay for a costly $45 billion oil pipeline rupture in the Great Lakes may also be a lousy bet, according to an analysis of Line 5 done for the state.

Enbridge’s business model poses risks that could mean Michigan ends up shouldering massive costs from a Line 5 rupture, according to an October 2019 report for the State of Michigan. This is due in part to the decreasing demand for crude oil, Enbridge’s over-reliance on transporting dirty tar sands oil from western Canada, and the fact that Enbridge is “self-insured.” Enbridge does not carry the kind of traditional insurance needed to cover massive oil spill costs. Moreover, agreements Enbridge negotiated with former Gov. Snyder contains giant loopholes that could allow Enbridge to escape financial responsibility for a major spill cleanup.

This series of announcements by BlackRock may pressure other financial managers to move away from fossil fuels and raises the question of whether a proposed Line 5 oil tunnel would become a “ stranded asset ”--if it was ever completed.

"I don’t know if they (Enbridge) would truly have an opportunity to use a tunnel," Attorney General Dana Nessel told the Energy News Network late last year.  "I don’t know if it will be needed when it’s built in terms of the energy sources we’re using in the future. We’re moving very rapidly toward renewables. I don’t know if there will be a need for it in the next 10 years."

In the meantime, while Enbridge puts all its eggs in the oil tunnel basket, Line 5 remains a huge risk for Michigan, remaining vulnerable to any number of dangers from corrosion to engineering failure to anchor strikes. Moreover, the tunnel itself poses a danger to Line 5 during construction as evidenced by what happened in September during Enbridge's boring activity in the Straits of Mackinac when marine debris from ruptured boring equipment landed along the aging pipeline.

Fortunately, Attorney General Nessel is pursuing a legal challenge that could make decommissioning Line 5 happen and Gov. Whitmer campaigned on a promise to do the same.