City, joined by local citizens’ group, cites risk to the economy and Lake Huron drinking water supply due to former State officials failing to apply the rule of law.

The City of Mackinac Island is formally challenging two permits issued by the Michigan Department of Environmental Quality (“DEQ”) in 2018 to try to reduce the risk of catastrophic damage to the island posed by the 66-year old Line 5 in the Straits of Mackinac.

“For years, Island residents have been promised that Line 5 would have a limited life span. Instead of safely phasing out the dangerous aged dual lines in the Straits, state officials have proposed to extend the operation of the dual pipelines as much as another 10 years,” said Margaret Doud, the mayor of the City of Mackinac Island for over 40 years. “The City, people, and businesses have waited far too long. It is time to bring Line 5 under the rule of law and bring it to an orderly closure. Enough is enough.”

The City filed a new petition contesting the DEQ’s November 2018 decision to issue a permit for the installation of 48 saddle supports along the dual pipelines, as well as an application to intervene in an already pending contested case proceeding involving a similar permit for 22 such supports issued by the DEQ in May 2018. The existing contested case was filed last summer by a local citizens group, the Straits of Mackinac Alliance. 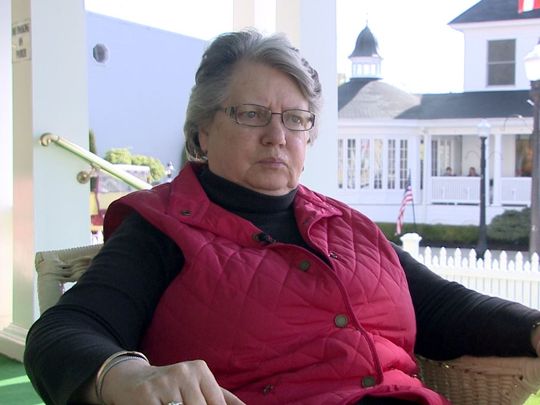 A separate petition was also filed by the Grand Traverse Band of Ottawa and Chippewa Indians and combined into one administrative proceeding. Given the similarity of the two permits, the City and the citizens' group jointly filed the new contested case, and are requesting that the Administrative Law Judge overseeing the proceedings combine the new permit challenge with the previous one. A status conference in the prior case involving the 22 anchor supports will take place in early February, after which the parties expect to learn whether their request to combine the cases is likely to be granted by the Administrative Law Judge.

These filings by the City of Mackinac Island underscore the serious and increasing risks of the aging dual pipelines. The petition highlights that Enbridge’s decision to install the anchor supports (totaling nearly 200 in number, if constructed) significantly alters the structure and design of the pipelines, lifting them off the lake bed and suspending them in the water column of the Straits. While the company and the DEQ under former Governor Snyder classified these permits as “maintenance,” the City and citizens group contend that the installation of these anchor supports represents a fundamental and unauthorized change in the structural design of the pipelines that were originally approved by the state in 1953. 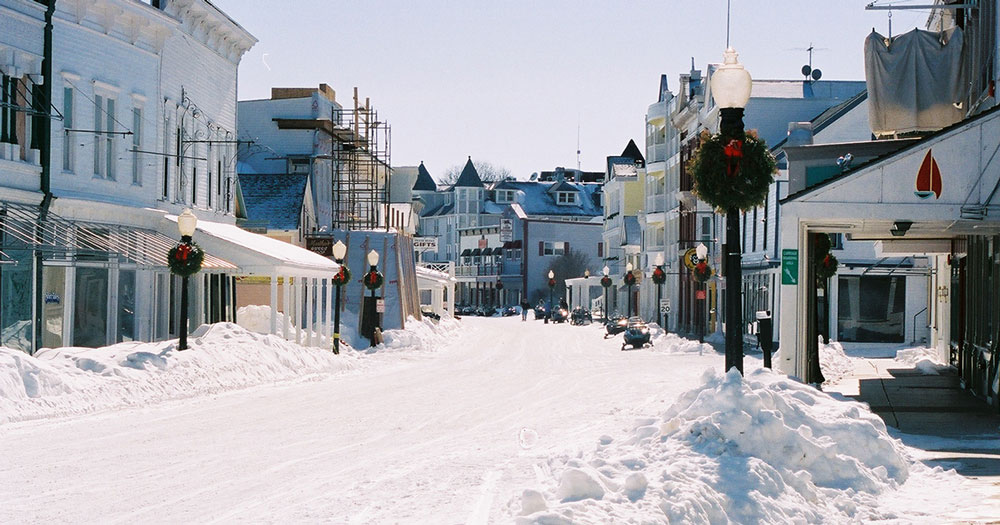 By turning the pipelines into an underwater suspension bridge above the lakebed, these support structures increase the risk of an anchor strike hitting the pipeline, like the one that occurred in April 2018. The altered design also subjects the 66-year old pipelines to the strong currents of the Straits of Mackinac to a much greater extent than originally contemplated when the pipeline was laid along the bottom of the Straits. An oil spill from the continued operation of these risky old pipelines would result in devastating damage to the City, the Straits, and large portions of Lake Huron and Lake Michigan. In fact, expert economists from Michigan State University have estimated the potential economic damage from a worst-case scenario spill in the tens of billions of dollars.

The City’s petition also cites the potential contamination of the City’s drinking water supply and municipal water infrastructure (both of which are located in Lake Huron); interruption of ferry and freight service; suspension of solid waste disposal; impacts to its docks and harbor; and the expected problems that a Line 5 spill in the Straits would pose to the City’s evacuation plans and emergency management services as motivating its participation in the case.

“The DEQ turned its back on its legal duty to require authorization of the major design change of these dual lines in the Straits,” said Scott Howard, a Traverse City environmental and municipal attorney representing the City of Mackinac Island. “The stakes are simply too high and the risks are unacceptable for the DEQ to fail to fully implement the laws that protect our Great Lakes, the City of Mackinac Island, and all of us who live in Northern Michigan and the Upper Peninsula.”

For years, Island residents have been promised that Line 5 would have a limited life span. Instead of safely phasing out the dangerous aged dual lines in the Straits, state officials have proposed to extend the operation of the dual pipelines as much as another 10 years - Margaret Doud, mayor of the City of Mackinac Island

The new petition filed by the City and the Straits of Mackinac Alliance seeks a ruling that the use of 200 anchor supports elevating almost 3 miles of the dual pipelines constitutes a major change in design that requires a full review of potential risks and adverse impacts, and also requires Enbridge to prove that it has no feasible and prudent alternatives to transport oil through its 3,000-mile pipeline system other than by way of the Straits of Mackinac and the waters and lakebed of the Great Lakes. If alternatives exist, the City and other petitioners contend that the dual lines must be closed.

Following an “emergency” application to the DEQ in 2001, Enbridge began installing a series of supports to shore up slumping segments along the 8.5 miles of dual crude oil pipeline in the Straits caused by strong currents scouring the lakebed beneath the pipe. Enbridge first utilized grout bag supports, but in 2003 the Canadian company began screwing pairs of “helical anchor support structures” directly into the lakebed, between which the pipe rests in a metal saddle.

The DEQ has improperly narrowed the legally required review of risks and alternatives associated with the use of the saddle supports and has ignored the substantial changes to Line 5’s design and the effects of those saddle supports (including scouring of the pipeline’s coating) which were not accounted for in the original design. By calling the anchor supports “repairs” and “maintenance” activity, the DEQ review was confined solely to the footprint of each individual screw driven into the lakebed rather than the effects and risks of, and alternatives to, a total design change. New or additional stresses on the pipeline resulting from the redesign have not been considered.

In the spring of 2018, the DEQ authorized the latest series of installations, approving Enbridge’s permit to install 22 more saddle supports under sections of the unsupported lines in the Straits of Mackinac. In November 2018 DEQ permitted another 48 supports. Thus, over approximately 16 years, the DEQ has authorized Enbridge to prop up Line 5 with 200 saddle supports, elevating nearly 3 miles of heavy steel pipeline into the waters and above the lakebed of Lake Michigan, exposing Line 5 to Straits currents experts have observed possess 10 times the force of Niagara Falls. Once more Enbridge and the DEQ have characterized the installation of those supports as “repairs” and “maintenance” to avoid consideration and authorization of the major change in design of Line 5 in the Straits. By now, however, the failed design of Line 5 is evident.

Last summer the Straits of Mackinac Alliance, an organization of waterfront land and business owners and citizens along Lake Huron and Lake Michigan, and the Grand Traverse Band of Ottawa and Chippewa Indians, whose fishing waters and lands are protected tribal property under an 1836 Treaty, filed petitions to contest the DEQ’s failure to require Enbridge to apply for authorization of the new design under the Great Lakes Submerged Lands Act (“GLSLA”).

The GLSLA prohibits occupancy, use, and improvements in, on, or under the waters and soils of the Great Lakes without consideration of and findings that potential impacts would be minimal, not likely to impair the waters, the soils under them, and important public uses like fishing, navigation, and boating. Meaningful GLSLA review would also require a showing that no alternative to a crude oil pipeline across the Straits exists.

The GLSLA does not allow the DEQ to circumvent its standards by simply deeming Enbridge’s saddle support installations “repairs” or “maintenance.” The total or major design change created by elevating miles of the dual lines into Straits waters has never been applied for or authorized. Failed supports, loss of protective pipeline coating, and gouges in the dual lines from an anchor strike in April 2018 have intensified both the risk and immediacy of the need for compliance demanded by the GLSLA to protect the waters, soils, and the Great Lakes, and the protected uses dependent on them.

“It is time our state officials end this charade and require Enbridge to file a full application subject to comprehensive review under the standards that protect and apply to all of us based on the rule of law, not the rule of Enbridge,” Mr. Howard added.

The contested case filings may be downloaded here.