The long-running feud between Canadian energy giant Enbridge and a coalition of Michigan environmentalists and tribal nations has reached another milestone.

Enbridge is proposing to build a tunnel to carry an oil pipeline under the Straits of Mackinac, which connects Lake Michigan with Lake Huron. The U.S. Army Corps of Engineers recently held three "scoping" meetings as part of evaluating the project's environmental impact. 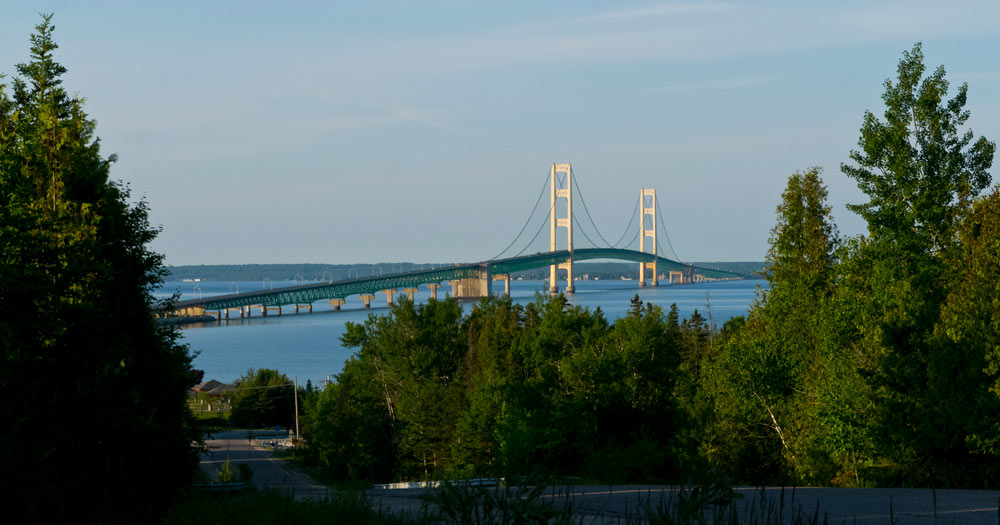 Enbridge maintains the project known as Line 5 is safe and vital to the region's economy.

TAKE ACTION
Submit your comment to the USACE before the Oct 14 deadline!

Sean McBrearty, campaign coordinator for the environmental group Oil and Water Don't Mix, said digging a tunnel for an oil pipeline under the Great Lakes is a recipe for disaster.

"They're talking about building this directly under the profile of the existing pipeline," McBrearty explained. "A tunnel would not only be horribly hazardous to any workers inside the tunnel and to the project but could potentially even cause an oil spill in the pipeline above it."

Enbridge claimed if the project is halted, fuel prices in the region will soar, but McBrearty noted the company's own analysts said the effect would be negligible. The Calgary, Alberta, company owns and manages thousands of miles of oil and gas pipelines across North America.

Enbridge has a history of ecological disasters, including a 2010 spill in Michigan, sending more than a million gallons of crude oil down a 35-mile stretch of the Kalamazoo River. McBrearty argued it is too risky to trust them on the tunnel project.

"We're asking the Army Corps to really take a look at Enbridge's corporate history," McBrearty noted. "Which includes the Kalamazoo oil spill, where essentially negligence at Enbridge caused one of the largest inland oil spills in U.S. history."

Enbridge has structured its corporate operations through a network of dozens of U.S. subsidiaries, which McBrearty warned could leave Michiganders holding the bag.

"If this pipeline ruptures, if something goes wrong, there's actually a good chance that Enbridge's subsidiaries could just go bankrupt," McBrearty cautioned. "Taxpayers would be left paying for a major oil cleanup in the Great Lakes."

He added the Corps of Engineers has received thousands of comments, most of them opposing Line 5. The agency is accepting public comments through the end of this week but has not said when the report will be published.