Fines were levied and criminal charges are being considered this week against Enbridge by the State of Minnesota for damaging water resources during pipeline construction. This is compelling new evidence of the urgent need to shut down Line 5 in the Straits of Mackinac and keep an oil pipeline tunnel out of the Great Lakes, according to Michigan citizens organizations.

The Minnesota Department of Natural Resources penalized Enbridge $3.3 million for a 24-million-gallon groundwater leak and endangering wetlands during the construction of the Line 3 replacement pipeline. The matter has been referred to local prosecutors by the Minnesota DNR. State officials also say Enbridge’s actions violated the public trust and failed to comply with the requirement to report the breach of the artesian aquifer.

“Enbridge breaks the law, harms water resources, is untrustworthy, and this has ramifications for the Great Lakes,” said David Holtz, a spokesperson for Oil & Water Don't Mix. “No one understands the consequences of Enbridge's failings better than Michiganders. That is why Governor Whitmer last November ordered the closure by May of Line 5 in the Straits of Mackinac, and why Michigan must be freed to safeguard the Great Lakes from Enbridge.” 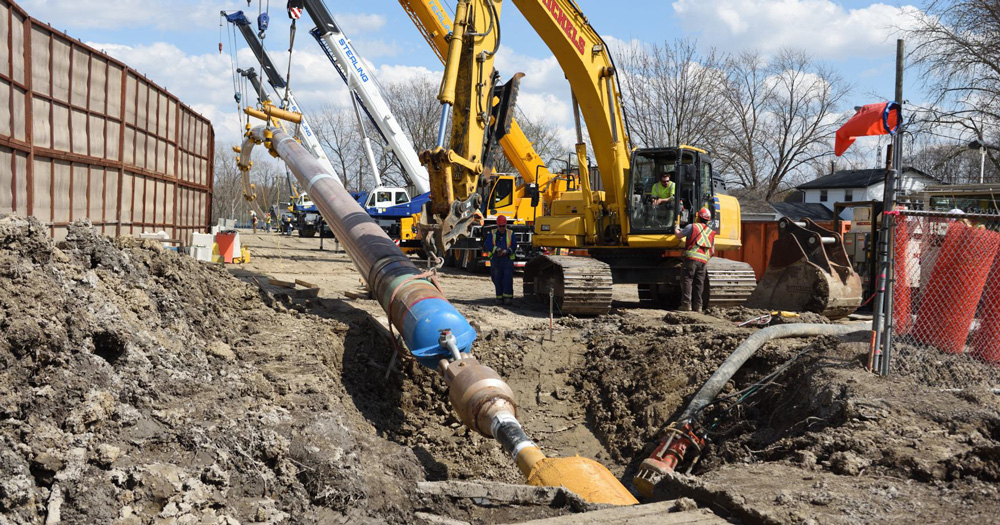 A legal challenge from Enbridge to Whitmer's closure order has been delayed for nearly six months by U.S. District Court Judge Janet Neff in Michigan. Meanwhile, Enbridge has been able to stymie progress in the case through a court-appointed mediator. Enbridge and the mediator want to continue talks, while the state has told Judge Neff she should move ahead to decide whether the case should be sent back to state court, as the Whitmer administration contends.

"No one understands the consequences of Enbridge's failings better than Michiganders. That is why Governor Whitmer last November ordered the closure by May of Line 5 in the Straits of Mackinac, and why Michigan must be freed to safeguard the Great Lakes from Enbridge." - David Holtz, Oil & Water Don't Mix.

“Enbridge shouldn’t be allowed to use the court system to keep Michigan from doing what it is required to do to protect the Great Lakes from a damaged and dangerous Line 5 oil pipeline,” said Holtz.

Enbridge's repeated violations of the easement agreement with Michigan, as well as the threat Line 5 poses to the Great Lakes, prompted Gov. Whitmer to cancel the Line 5 easement in November. Enbridge was previously fined $6.7 million by the U.S. EPA for violating other pipeline safety agreements in recent years, and Enbridge was fined $1.8 million in 2018 for failing to monitor vulnerable pipelines in their Lakehead pipeline system, including Line 5.

In Minnesota, environmental groups and Ojibwe tribes say the Line 3 replacement pipeline exposes the state’s lakes, rivers, and streams to contamination from oil spills, as well as exacerbating climate change.