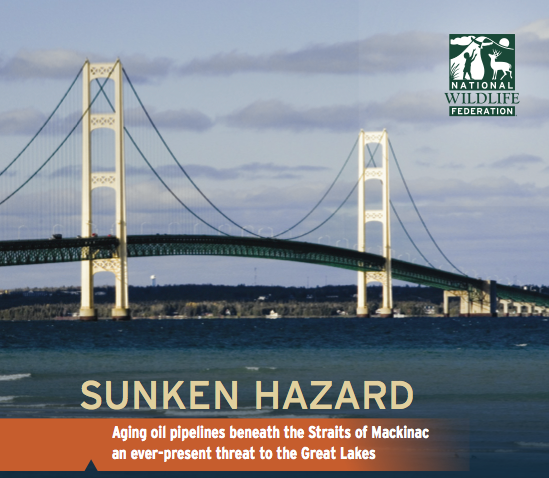 The National Wildlife Federation released a report, 'Sunken Hazard: Aging oil pipelines beneath the Straits of Mackinac an ever-present threat to the Great Lakes.' The report goes into great depth with concerns about the aging Straits pipeline.

“If either of those pipelines leaked, the resulting oil slick would likely devastate some of the lakes’ most bountiful fisheries, wildlife refuges, municipal drinking water supplies and one of the region’s most popular tourist attractions: Mackinac Island. A significant rupture would cause an Exxon-Valdez scale oil spill spreading through Lakes Huron and Michigan, the heart of the largest freshwater seas in the world.” - NWF Sunken Hazard report, Oct 18, 2012