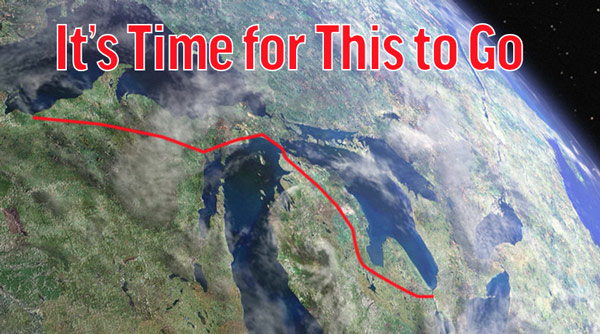 LANSING – Oil & Water Don’t Mix today outlined key steps necessary to shut down the 65-year-old Line 5 pipelines in the Straits of Mackinac, releasing a new report that clearly lays out the process. The report was released in the absence of plans from state leaders to take timely action on the Line 5 pipelines.

“Attorney General Schuette called for a plan and timetable to shut down Line 5 six months ago, and the State of Michigan still has not produced one,” said Sean McBrearty, campaign coordinator of Oil & Water Don’t Mix (OWDM). “The steps our organization laid out today are clear, straightforward and common sense. The Governor and Attorney General should act without delay to decommission Line 5 in the Straits.”

The new report from OWDM, which details five clear steps to decommission Line 5, is available here.

OWDM leaders noted that Line 5 is not vital to Michigan’s energy needs, as most oil flowing through the pipelines – approximately 90-95 percent of the oil – isn’t produced in Michigan and is shipped to refineries in Ontario. As a result, the pipeline primarily serves as a high-risk shortcut for Canadian oil that starts and ends its journey in Canada. 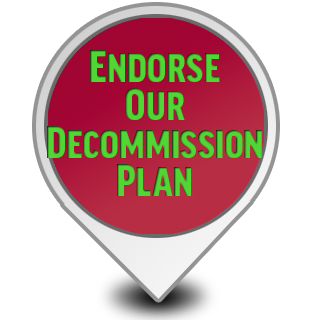 The plan to decommission Line 5 addresses two additional issues: propane delivery in the Upper Peninsula and a strategy to transport the small amount of oil produced in the Lower Peninsula to refineries. Solutions exist to “bridge the gap” as Michigan transitions to clean sources of energy, which are increasing their market share in the transportation and heating sectors.

Click here to review the report released by OWDM.

“There are clear, easily adaptable alternatives to using a 65-year-old Great Lakes pipeline for the transport of oil through Michigan and the Straits of Mackinac,” said Liz Kirkwood, executive director of For Love of Water (FLOW). “Allowing Enbridge to continue operating a decades-old pipeline as it repeatedly misleads state leaders and violates its easement commitments simply isn’t the answer. There is a commonsense path forward on this issue, and the Governor and Attorney General need to act now.”

“Adopting this plan is an opportunity for the State to be transparent and ensure our Great Lakes are protected from a devastating oil spill.” - James Clift, policy director at Michigan Environmental Council

In November, the Snyder Administration struck a deal with Enbridge Energy opening the door to the operation of the pipeline in the Straits for years, as long as certain conditions are met. The deal calls for Enbridge to examine strategies to replace the pipeline, but fails to mention clear steps or action to decommission the pipeline despite an earlier commitment from the State to do so.

“From undisclosed gaps in the pipeline’s protective coating to the backroom deal with Enbridge, when it comes to Line 5 the people of Michigan have been left in the dark too long,” said James Clift, policy director at Michigan Environmental Council. “Adopting this plan is an opportunity for the State to be transparent and ensure our Great Lakes are protected from a devastating oil spill.”