Other Hidden Costs of Line 5

We welcome guest author Stanley "Skip" Pruss, 5 Lakes Energy Principal and Cofounder, and For Love Of Water (FLOW) Board Member as he looks at the hidden costs of Line 5.

“You wouldn’t site, and you wouldn’t build and construct pipelines underneath the Straits today.” - Attorney General Bill Schuette 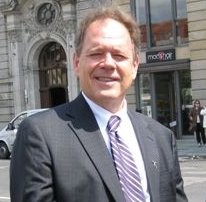 Many compelling reasons exist to terminate the use of Line 5, the twin 20-inch pipelines carrying crude oil and natural gas liquids that cross the state-owned bottomlands under the Straits of Mackinac.  Much research, analysis, and modelling has been done by scientists, engineers, lawyers and academics demonstrating that Line 5 poses an unreasonable risk.  Yet Line 5 continues in use, operating under the inherent illogic that a 63 year-old undersea pipeline can function indefinitely without incident.

To the many arguments compelling closure, let me offer another – one that is decidedly minor when compared to the potential catastrophic impacts of a Line 5 failure – but an argument that might manage to nudge your outrage quotient up a notch:

You and I are subsidizing Enbridge to maintain and operate Line 5.

But before addressing the many ways public resources are being expended to benefit Enbridge, let’s review some of the facts that should have already been determinative.

These facts illustrate a risk of substantial harm to Lakes Michigan and Huron – a globally unique freshwater resource – as well as to the coastal communities and the tens of millions of people connected to and served by these waters.

So let’s start there – who bears the risk? 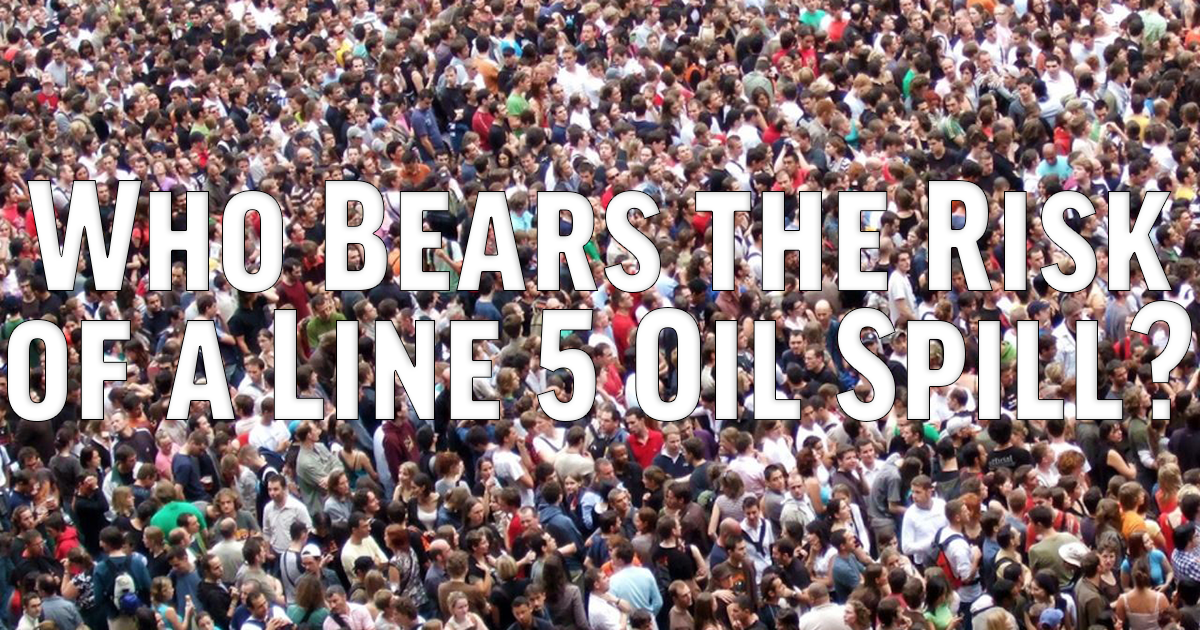 First, Enbridge has transferred the risk of harm to people of the Great Lakes Region.  The risk of harm can be quantified, modeled and monetized.  Under Enbridge’s worst-case spill scenarios of 200,000 to 400,000 gallons, Enbridge’s estimate of remedial costs approaches $1 billion.  But the FLOW (For Love of Water) policy center analysis found Enbridge’s estimate low, and has calculated a worst case spill scenario of 1.27 million gallons.  Yet under the 1953 easement, Enbridge is required to maintain a paltry $1 million in insurance and a surety bond of $100,000.

Second, additional work necessary cited by UM as a predicate to determining the full cost of the transferred risk would include an analysis of environmental impacts, cleanup costs, restoration and remediation measures, natural resource damages, and economic damage to public and private sector interests.  Natural resource damages and natural resource restoration alone costs could be many times greater than the cost of responding to a spill.  As it stands, there is no financial assurance mechanism that could begin to cover the costs of these potential impacts.

Third, the additional work necessary to ascertain the full nature and extent of damages that may occur with a Line 5 failure has been left to taxpayers.  Already, significant resources have been expended in an effort to understand the risks presented by Line 5.  In Michigan, these costs include the work of the Department of Attorney General and its lawyers, the staff of the Michigan Department of Environmental Quality, the Michigan Department of Natural Resources, the Michigan Public Service Commissions, and local governments who have mobilized in response to the Line 5 threat.  It includes the staff and support for the Michigan Petroleum Pipeline Task Force.  Also include all the staff time of the myriad state and federal agency personnel who have spent thousands of hours attending to the various aspects of Line 5 matters.

Here’s what the MDEQ website states about the Public Trust Doctrine:

“The bottomlands of the Great Lakes are held in trust by the State of Michigan for use and enjoyment by its citizens. The State, as the owner and trustee, has a perpetual responsibility to the public to manage these bottomlands and waters for the prevention of pollution, for the protection of the natural resources and to maintain the public’s rights of hunting, fishing, navigation, commerce, etc. The State of Michigan’s authority to protect the public’s interest in the bottomlands and waters of the Great Lakes is based on both ownership and state regulation. The Public Trust Doctrine, as the basis for Part 325, provides state authority to not only manage but also to protect the public’s fundamental rights to use these resources.

Michigan courts have determined that private uses of the bottomlands and waters, including the riparian rights of waterfront property owners, are subject to the public trust. In other words, if a proposed private use would adversely impact the public trust, the State of Michigan’s regulatory authority requires that the proposal be modified or denied altogether in order to minimize those impacts.”

Another critical aspect of the Public Trust Doctrine is that the doctrine requires reexamination of past governmental decisions on public trust matters in light of new scientific knowledge and information.  Attorney General Schuette has stated that based upon what we know today, a pipeline crossing the Straits is unacceptable.  Under the Public Trust Doctrine, he should be compelled to act to terminate Line 5.

The Traverse City-based FLOW policy center has been an international champion of the Public Trust Doctrine and recently persuaded the international Joint Commission to recognize the doctrine as a managing framework for the Great Lakes.  FLOW has also taken the lead in doing much of the legal and engineering assessments of Line 5 – earning widespread gratitude, respect and support.