Calls are intensifying in Michigan to shut down an aging Great Lakes oil pipeline.

Dozens of concerned citizens descended upon Lansing to meet with state lawmakers to inform them of the threat posed by Enbridge Line 5 through the Straits of Mackinac. 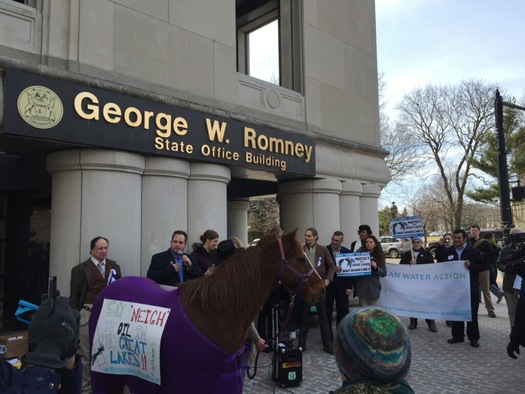 Citizen, business and environmental groups on Tuesday, February 23, delivered more than 8,000 letters to the governor and attorney general, demanding immediate action on Enbridge's Line 5 through the Straits of Mackinac. Food and Water Watch senior organizer Lynna Kaucheck said there are concerns the line could rupture, considering it is more than 63 years old, yet built to last 50 years. She said it's a roll of the dice to keep it open.

"It's running through 20 percent of the world's fresh available surface water," she said, "so it's a tremendous responsibility that comes with protecting that resource and even a pinhole leak in the pipeline could be devastating."

Line 5 carries about 540,000 barrels of crude oil and natural gas liquids a day, with about 30 percent of the oil staying in Michigan. The owner, Canada-based Enbridge, has contended that the line has operated safely since day one and that procedures are in place to maintain safety. 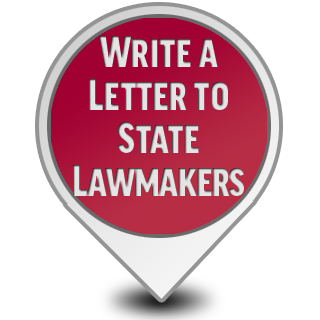 Enbridge was the operator of the pipeline involved in the 2010 Kalamazoo River disaster, the largest inland oil spill in American history. Given the company's track record, said Sean McBrearty, canvas director for Clean Water Action in Lansing, there are fears of a repeat with Line 5.

"When Line 6B first broke in Kalamazoo, these were the people saying that we had 5,000 gallons of oil that we were dealing with, when it really wound up being closer to a million," he said. "So the fact that their own numbers are 1.5 million gallons being spilled into the Straits of Mackinac are cause for concern."

More than 20 communities have passed resolutions asking Gov. Rick Snyder to use his authority to shut down Line 5 or calling for other action to prevent an oil spill. Kaucheck said she believes the water crisis in Flint is opening people's eyes to the importance of clean water.

"We are seeing a change in tone around infrastructure, specifically aging infrastructure in Michigan, and what sort of risk that may pose to the environment and to people and human health."