By sending this email, I agree to receive occasional emails from the Oil & Water Don't Mix campaign.
You can always opt out later.

February 8, 2016 UPDATE! The State has extended the deadline for public comment until February 16, 2016. Please use the form to submit your comments.

On Monday, February 1, 2016, Attorney General Bill Schuette announced that the State of Michigan is seeking public input by Friday, February 5, on drafts of requests for information, and proposals from environmental and engineering experts who could complete risk and alternatives studies on the Enbridge Line 5 oil pipelines in the Mackinac Straits.

Because we think five days is too little time to expect the public to review the documents and respond, we asked the state for an extension of the public comment period, and they have agreed to an extension. 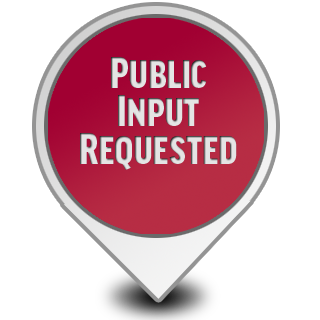 Oil & Water Don't Mix campaign member organizations have reviewed the content and highlighted a few specific items that are lacking. We encourage you to tailor and send along the comments to the Michigan Pipeline Safety Advisory Board by email using the form to the right.

The Advisory Board is charged with advising the State of Michigan on finding qualified contractors who can competently conduct two separate analyses, one on the current risk posed by the pipelines and another for alternatives to the pipelines.

It is important for you, a member of the public, to contribute to this process.

Thank you for taking action to protect the Great Lakes and our Pure Michigan way of life.

Draft Requests for Information & Proposals from Advisory Board