Restore Trust in State Government by Shutting Down Line 5

Hans Voss, Executive Director of Groundwork Center for Resilient Communities in Traverse City, MI connected the Flint water crisis to the impending disaster of an oil spill in the Great Lakes in a Traverse City Business News commentary.

Groundwork Center is one of the 26 partner groups that form the Oil & Water Don't Mix campaign. 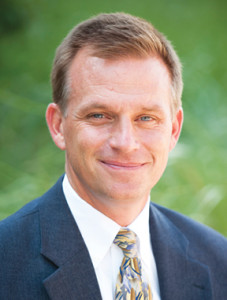 poisoned by lead-tainted water for 17 months while government officials ignored evidence and downplayed the problem. Unfortunately, the culture of denial and inaction brought to light by the Flint disaster has been around a long time in our state government. You only have to look at the Line 5 oil pipeline in the Mackinac Straits – which, until Flint, was the top water issue in Michigan – to see the same unwillingness to act in the face of urgent risk.

Rather than concede to calls for his resignation, Gov. Rick Snyder said he intends to stay in office to solve the problem in Flint, help the people who have suffered, make sure other Michigan cities aren’t also at risk, and, as he vowed during a three-hour Congressional hearing, make “comprehensive change in state government.”

Of course, the difference between Line 5 and Flint is that the tragic event hasn’t happened yet. But that’s just it. To rebuild public confidence, state officials need to take proactive action to prevent harm before it happens. - Hans Voss, Executive Director, Groundwork Center for Resilient Communities

In addition to fixing Flint, one action he can take immediately to demonstrate that he is serious about changing the culture in Lansing is shutting down the flow of oil in Line 5 to ensure the Great Lakes are protected.

By now, the Flint story has been well told. The switch from the Detroit water system to the Flint River in April 2014 without implementing the proper corrosion controls leached lead from old pipes. Flint residents began complaining about the water, and as brown water flowed from the taps and tests confirmed unsafe lead levels over the following year, government officials quietly tried to figure out what to do.