Citizens groups today urged Canada and the courts to expedite the shutdown of a nearly 70-year-old, damaged, and dangerous pipeline in the Mackinac Straits in the wake of documents released Friday showing Enbridge won’t begin construction on a proposed Line 5 replacement in a tunnel until 2024.

"The Mackinac Straits Corridor Authority has been stonewalling the public since May, allowing Enbridge to keep their true Line 5 replacement tunnel plans hidden from state taxpayers,” said Sean McBrearty, coordinator of Oil & Water Don't Mix. "What they were hiding was a construction plan that revealed more delays while Enbridge plans to keep this dangerous pipeline operating indefinitely.”

McBrearty said Canada should immediately drop its objections to shutting down Line 5 in the Straits and that U.S. District Judge Janet Neff should end legal delays that have put Gov. Whitmer’s Line 5 shutdown plans on hold since last November.

“Every day oil flows through the Line 5 pipeline is another day we risk incredible environmental and economic disaster for the entire state,” said McBrearty. “Line 5 is a ticking time bomb that is past its life span. Canada should withdraw its objections to Gov. Whitmer’s plan to shut down Line 5 and the courts must act to allow Michigan to move forward to protect the Great Lakes from this dangerous oil pipeline.” 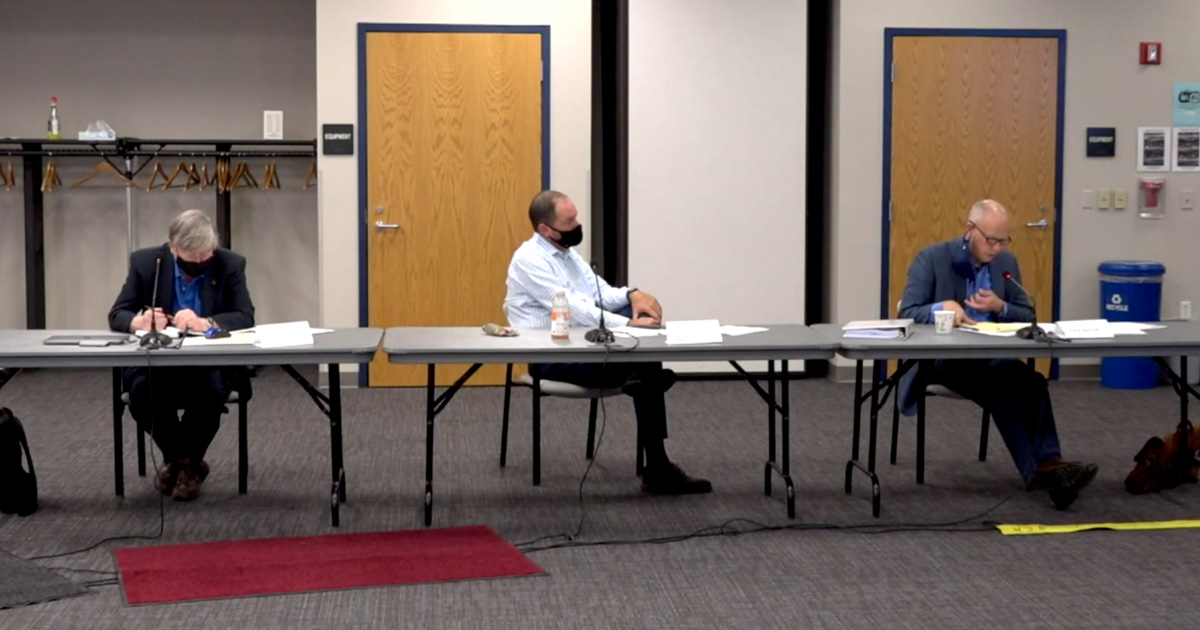 On Friday the Michigan Department of Transportation (MDOT) released Enbridge’s draft construction plans just days after a lawsuit seeking their disclosure was filed by the National Wildlife Federation under Michigan’s Freedom of Information Act. Oil & Water Don’t Mix had been seeking access since May to the draft Request for Proposals for Line 5 Tunnel Construction. MDOT administers the Mackinac Straits Corridor Authority, which oversees Enbridge’s tunnel project.

Corridor authority members must review the draft construction plans, which contain timelines and details of the proposed project. The documents show Enbridge would not begin tunnel construction until 2024, assuming it has secured federal and state permits. Enbridge projects a subsequent four-year construction timeline. The 2028 timeline for tunnel completion allows for no construction or permitting delays, which are likely.

"What they were hiding was a construction plan that revealed more delays while Enbridge plans to keep this dangerous pipeline operating indefinitely.” - Sean McBrearty, Oil & Water Don't Mix Coordinator

Last November, Gov. Whitmer filed suit asking a state court to enforce her decision to revoke the Line 5 easement--citing numerous violations by Enbridge of its easement with the state, and the risk Line 5 poses to the Great Lakes. She gave Enbridge six months to decommission Line 5 in the Straits.

Since then, Enbridge has failed to comply with Whitmer's legal order, instead suing the state in federal court and spending more than $6.9 million on paid media commercials in support of keeping Line 5 operational in the Straits. Canada has backed the Canadian transport giant’s moves, asserting that a 1977 treaty with the United States prevents Whitmer from acting to protect the Great Lakes from this oil pipeline

Enbridge earns $1.8-2 million per day from the contentious pipeline.

Meanwhile, Canadian Prime Minister Justin Trudeau will be meeting this week with President Biden at the White House where he is expected to lobby Biden in support of Line 5.

Line 5 was constructed in1953 as a shortcut to get oil from Canada’s western provinces to refineries in Sarnia, Ontario Canada, and on to export markets.