Although Attorney General Bill Schuette and top state environmental agency directors yesterday notified Enbridge of violations of its agreement to operate oil pipelines in the Straits of Mackinac, officials only did so several months after being told by experts that powerful currents had washed away critical pipeline support infrastructure. 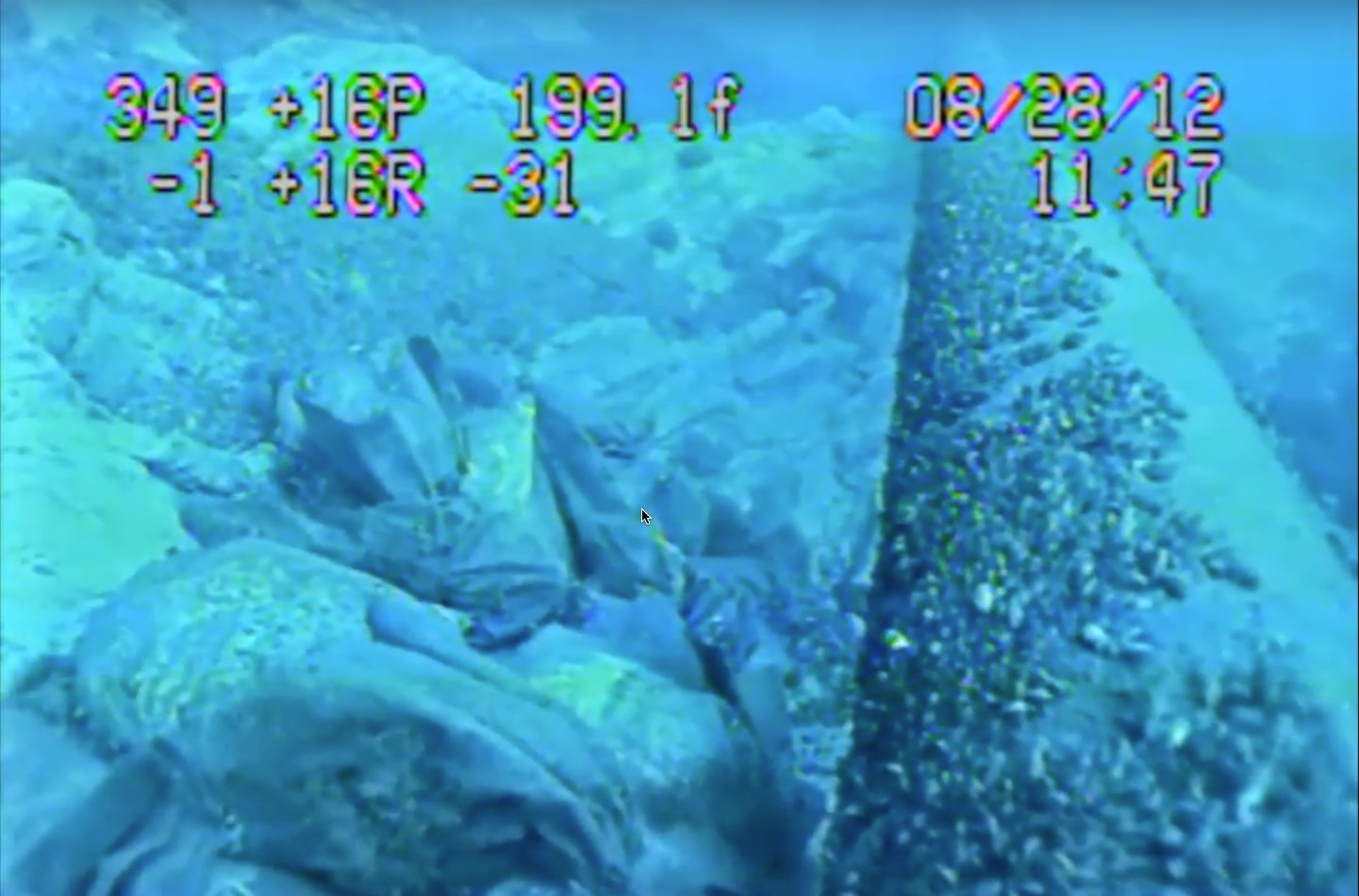 Schuette, Michigan Department of Environmental Quality, and Michigan Department of Natural Resources Wednesday told Enbridge it was in violation of pipeline requirements in its easement agreement with the state. But researchers documented last April cracks, dents, corrosion and structural defects in the twin Line 5 oil pipelines in the Straits.

Those concerns were raised by FLOW and other organizations in letters and meetings with state officials. The groups say Enbridge’s easement violations are part of a pattern and practice where the Canadian transport giant avoids accountability because of infrequent pipeline inspections.

“These are known problems that fundamentally threaten our public waters and should have been addressed much sooner than this week,” said Liz Kirkwood, Executive Director of FLOW. “Now we see some progress from the state in enforcing its agreement.

“But what we need is for the attorney general and governor to act with much more urgency and prioritize protecting the Great Lakes. That means ending the state’s agreement that allows Enbridge to continue sending oil through the Straits.”

Read more about the easement violation at The Detroit Free Press

“Unless the attorney general and other state officials follow through, this week’s violation notice will just be window-dressing,” said Kirkwood. “The concerns are too many and too risky for the state to continue to allow oil to flow through the Straits.”

The easement agreement that is at the center of this week’s action by the state is meant to enforce safety and other conditions for operating the risky Straits oil pipelines. Under the 1953 easement, the state must give Canadian-based Enbridge 90 days to resolve any known easement violations.
Since at least April said Kirkwood, the state has had substantial legal and factual cause to terminate the agreement with Enbridge. Kirkwood’s group and others sent an April 13 letter to Schuette and Snyder outlining multiple easement violations, including those cited by the state this week in its notice to Enbridge. They also discussed these violations and federal and state law violations with top officials in the attorney general’s office.

“But what we need is for the attorney general and governor to act with much more urgency and prioritize protecting the Great Lakes. That means ending the state’s agreement that allows Enbridge to continue sending oil through the Straits.” - Liz Kirkwood, Executive Director, For Love Of Water (FLOW)

In their April 13 letter to Schuette and Snyder, FLOW and other groups identified eight specific violations of the easement agreement and state law, including:

The twin Enbridge Line 5 oil pipelines lying exposed in the Mackinac Straits, where Lake Michigan and Lake Huron meet, are a high-risk shortcut moving up to 23 million gallons of oil and propane a day primarily from western Canadian oil fields to eastern Canadian refineries, as well as on to Montreal and export markets. Research shows there are alternatives to Line 5 that do not threaten the Great Lakes, which hold 20 percent of the world’s fresh surface water.

To date, more than 60 cities, villages, townships, counties and tribal organizations across Michigan have voted to call on the governor and attorney general to stop the oil flowing through the Straits, including Mackinac Island, Mackinaw City, and the cities of Cheboygan, Petoskey, Charlevoix, and Traverse City. Dramatic new research from the University of Michigan released in late March shows an Enbridge oil pipeline rupture in the Mackinac Straits could impact more than 700 miles of Lake Michigan and Lake Huron coastlines, as well as more than 15% of Lake Michigan’s open water and nearly 60% of Lake Huron’s open water.